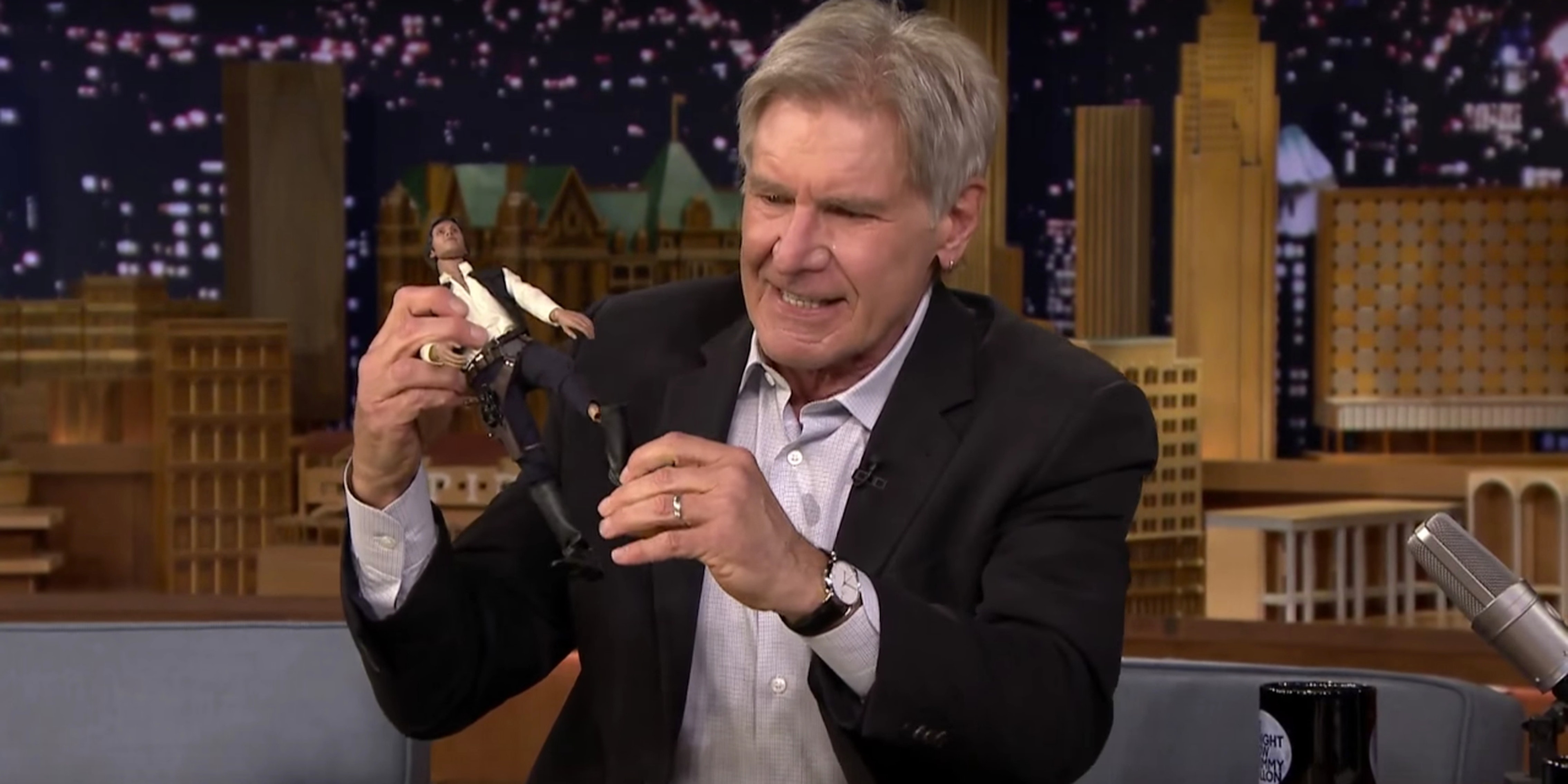 Although Harrison Ford may think Star Wars: The Force Awakens is “wonderful,” he remembers his on-set ankle injury less fondly.

Ford, who previously discussed Star Wars in a hot dog costume, pushed his curmudgeonliness to lightspeed as he batted away Jimmy Fallon‘s questions about the new Star Wars film. (When asked if he got emotional putting Han Solo’s costume on, Ford answered, “I got paid.”) But the actor channeled his anger over injuring his ankle on the door of the Millennium Falcon by taking it out on a Han Solo doll while simultaneously demonstrating what happened.

Based on what he showed Fallon, it’s a miracle he and his feet are even here today.