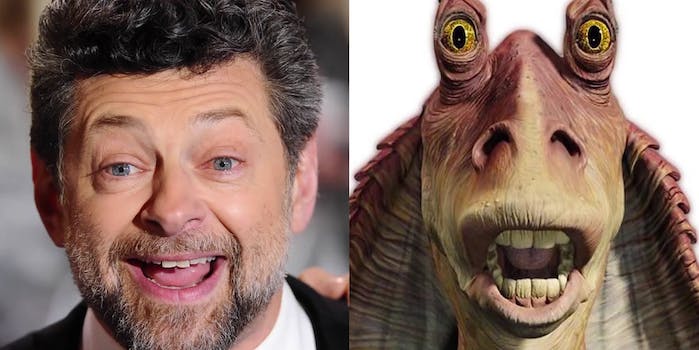 When you hear his Jar Jar voice, you know he's for real.

The amount of secrecy surrounding Star Wars: The Force Awakens just days before its release is at an all-time high, but Andy Serkis managed to share one major tidbit with fans before the movie hits theaters.

That tinfoil theory about an evil Jar Jar Binks? Despite what J.J. Abrams said on the matter, Serkis confirmed to Conan O’Brien that yes, it’s totally true. Have you seen how much the two look alike?

The only thing greater than Darth Jar Jar is seeing just how expertly Serkis can slip into Supreme Leader Jar Jar Snoke. It’s almost as if he’s had a lot of practice in perfecting it.