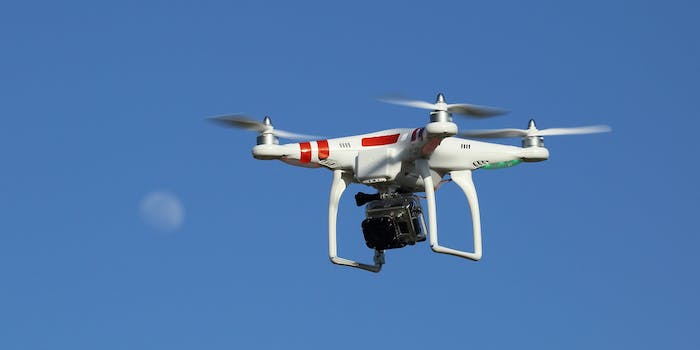 It wasn’t all that surprising when we learned that someone had used a drone to spy on the set of Star Wars: Episode VII. What was surprising was learning the company behind the production took all of those “shoot them down!” jokes seriously.

On Friday, Motherboard reported that Pinewood Studios, the British production house that Lucasfilm is using as its base of operations, had attempted to purchase an American-made device called a DroneShield that warns its owners of nearby drones.

Why “attempted,” you ask? Because the U.S. State Department denied DroneShield’s request to export its product, which “can provide advanced warning of helicopters and drones commonly used by paparazzi and media,” to the U.K.

Motherboard gained exclusive access to a DroneShield order form that lists Pinewood Studios’ post-production department as the buyer. Reporter Jason Koebler contacted DroneShield, where a representative told him that they couldn’t send the product to Pinewood “because our ITAR [export] application, filed in May, hadn’t been approved.”

ITAR stands for International Traffic in Arms Regulations, a set of rules that implements the federal Arms Export Control Act. The State Department has apparently classified DroneShield as a “defense article,” which means it is subject to U.S. export regulations.

We’ve reached out to the State Department and will update when we have more information.