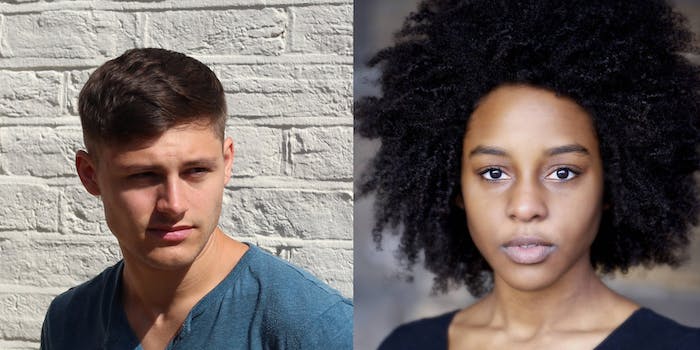 These two young actors are joining the cast of the new Star Wars movie.

Along with the announcement that filming will be going on hiatus thanks to Harrison Ford’s injury, Star Wars has revealed two new cast members.

Young actors Crystal Clarke and Pip Anderson were discovered during open casting calls for Star Wars Episode VII. Both are new to this kind of big-name film franchise, with Clarke making her film debut next year (in a mermaid fantasy movie called The Moon and the Sun), and Anderson working as a professional freerunner thanks to his YouTube channel full of parkour videos.

You can also catch a glimpse of his acrobatic skills in various TV commercials including this Sony Spider-Man ad, which seems to be the most high-profile thing he’s done so far.

“The Star Wars universe has always been about discovering and nurturing young talent and in casting Episode VII we wanted to remain absolutely faithful to this tradition,” said Lucasfilm president Kathleen Kennedy. She’s not wrong. Mark Hamill was barely known until he was cast in A New Hope, and these days even a very minor role in the franchise could make a young actor’s career.

The last major movie to use this kind of open casting call was Harry Potter, and it’s entirely possible that Star Wars Episode VII may turn actors like Crystal Clarke, Daisy Ridley and Pip Anderson into the next Emma Watson or Daniel Radcliffe.