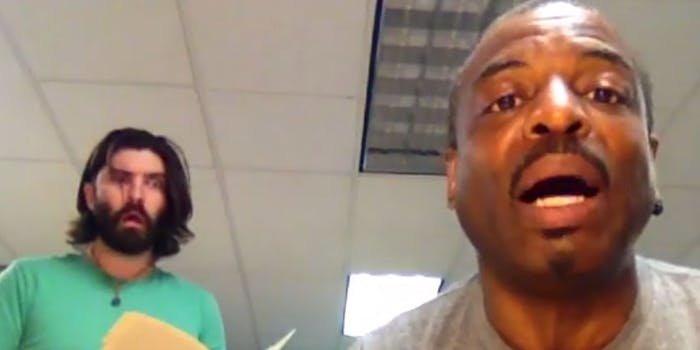 LeVar Burton unveils a cast of stars for ‘Reading Rainbow’

Some famous faces are going to be helping out with the crowdfunding campaign.

After the crowdfunding campaign to bring back the classic educational program Reading Rainbow smashed through its $1 million target, LeVar Burton is now taking things to a new frontier.

As the Kickstarter project surges toward its stretch goal of $5 million, Burton has thrown in a few new incentives to sweeten the pot. He has called upon his old Star Trek buddies to assist him in a series of live readings and, if you can meet a pledge of $1,200, you can attend one of these events yourself.

The first episode will feature the “Men of Star Trek,” which includes Burton’s Next Generation co-stars Jonathan Frakes, Brent Spiner, Michael Dorn, and Robert Picardo (what, no Wil Wheaton?)

The second episode will feature the “Women of Star Trek,” including Marina Sirtis and Gates McFadden. Also appearing in the segment will be Jeri Ryan and Captain Janeway herself, Kate Mulgrew (who hopefully will do some research into her reading material beforehand this time).

Of course, to make Reading Rainbow: TNG truly awesome, Burton knew he had to call upon the help of some truly special franchise personalities.

Another live episode will feature a reading by none other than William Shatner. The possibility of, say, The Cat in the Hat being read in that one-of-a-kind Shat-speak is too great to pass up.

Finally, no spoken-word event would be complete without Sir Patrick Stewart, who will join Burton on yet another episode. It doesn’t matter if the material on that episode is the operations manual for a microwave; Stewart will find a way to make it sound mesmerizing.

All of the live readings will be held in Los Angeles, with the exception of Patrick Stewart’s, which will take place in New York City.

The Kickstarter project has until July 2 to reach its $5 million stretch goal.