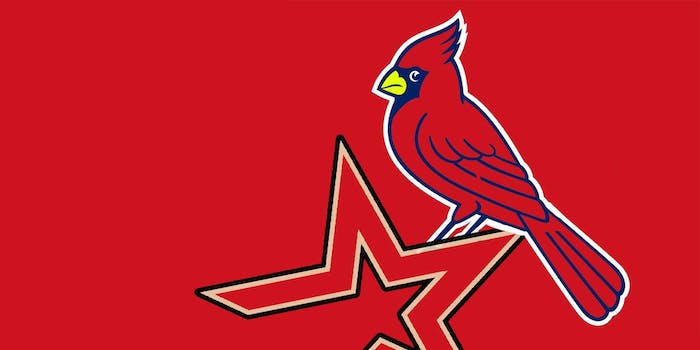 There's no cheating (or crying) in baseball.

Apparently, cheating in baseball can land you more than three years in jail. That’s what we learned Monday when former St. Louis Cardinals executive Chris Correa—who pleaded guilty in January to hacking the Houston Astros’ player data base—was sentenced to 42 months in prison after he admitted to violating the Computer Fraud and Abuse Act (CFAA).

Correa apparently is the first person from a sports organization to be convicted of violating the CFAA while on the job.

“This is a very serious offense, and obviously the court saw it as well,” U.S. Attorney Kenneth Magidson said, via the Houston Chronicle.

The FBI began investigating the St. Louis organization and Correa last year after the Astros’s system—which is called Ground Control and which houses confidential team data that includes scouting reports and salary information—was breached in 2013 and 2014. Ultimately, Correa admitted to infiltrating the system, apparently as many as 60 times between March 2013 and June 2014.

Correa was the Cardinals scouting director, and he gained access to the Astros’s system after the organization hired former Cardinals vice president Jeff Luhnow as the Houston general manager. Luhnow installed Ground Control, which was similar to St. Louis’s in-house database called Redbird.

After he was hired in Houston, Luhnow returned a team-owned laptop to the Cardinals. Using that laptop and the contents contained within, Correa guessed that Luhnow’s password for the Ground Control account was similar to his old Redbird password and successfully breached Houston’s database.

Aside from Correa’s punishment, Major League Baseball Commissioner Rob Manfred said the league would begin its own investigation to see if the Cardinals organization as a whole needed to be punished.

“Now that the criminal process has been completed, Commissioner Manfred has asked the Department of Investigations to conduct a complete investigation of the facts in this matter, including requesting information from the appropriate law enforcement authorities,” the league said, via the St. Louis Post Dispatch. “The Commissioner hopes that the investigation can be completed promptly to put him in a position to take appropriate action.”