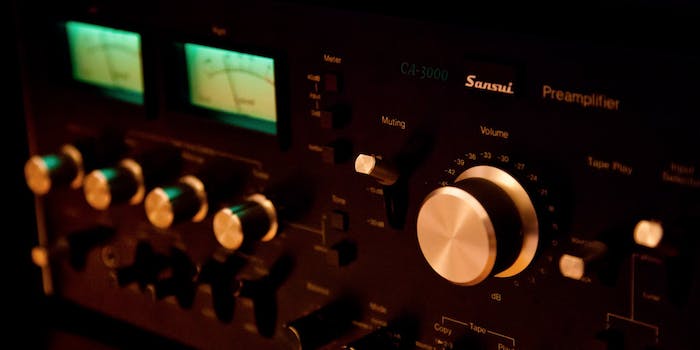 New Spotify app finds the most dramatic part of a song

For once, finding drama is fun.

Spotify continues to embark on cool projects remixing technology from its acquisition of clever music analytics engine the Echo Nest earlier this year. The most recent experiment at the intersection of sound and data is a plugin that analyzes any song (well, a whole lot of songs, anyway) and whisks you right to the part where things get good.

Called “Where is the Drama,” the fun tool was developed at a recent hack day in Berlin, when the Echo Nest’s Paul Lamere set out to build an app that mapped “the most dynamic part of a song”—you know, the part you skip to again and again when everything comes crashing in in just the right way. 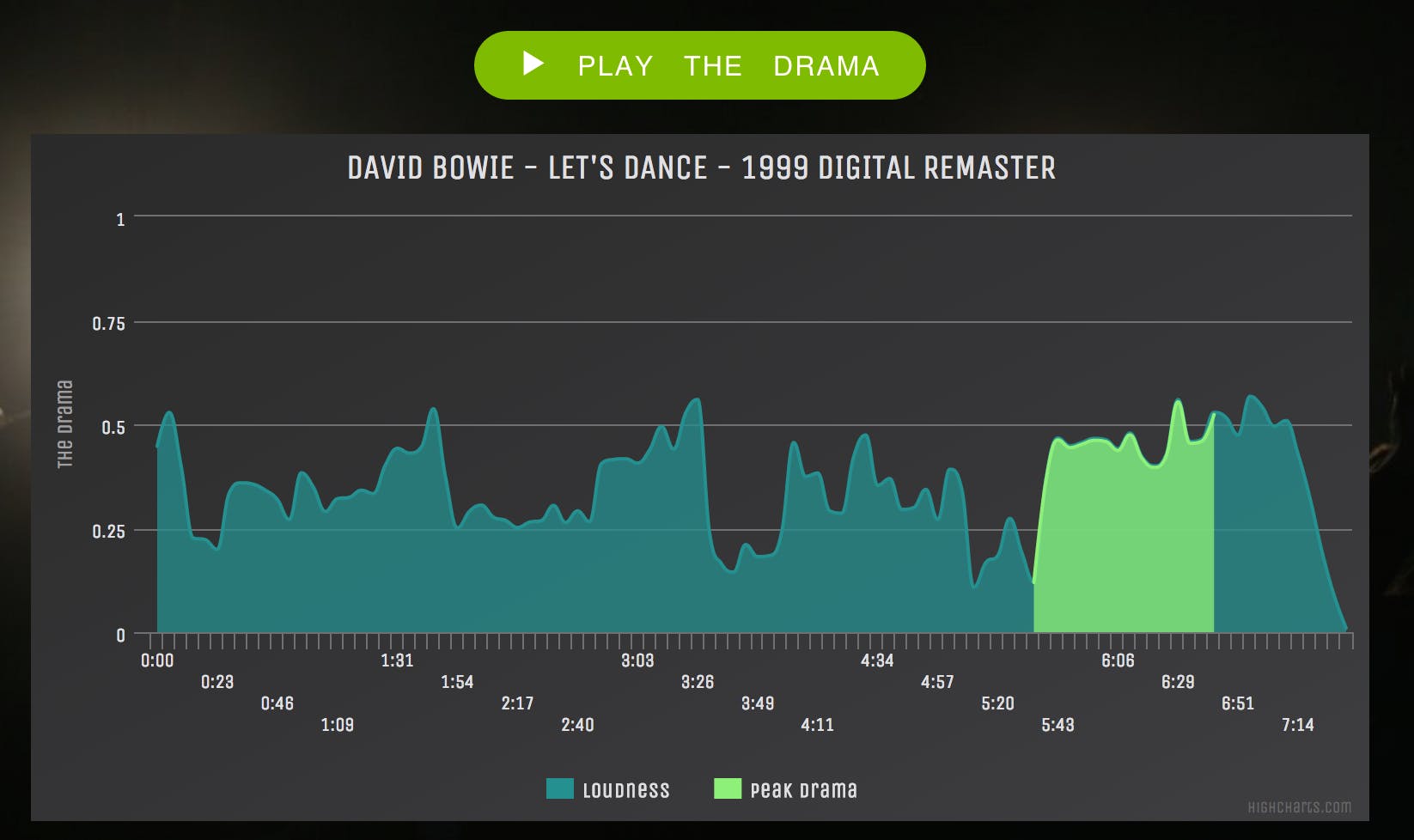 “The app grabs the detailed audio analysis for the song from The Echo Nest. This includes a detailed loudness map of the song. This is the data I use to find the drama. To do so, I look for the part of the song with the largest rise in volume over the course of a 30 second window (longer songs can have a bit of a longer dramatic window). I give extra weight to crescendos that culminate in louder peaks (so if there are two crescendos that are 20dB in range but one ends at 5dB louder, it will win).”

The result is pretty fun to play around with, especially songs that put the classic quiet/loud dynamic to full effect. Where is the Drama nailed it on every track we tried, but then we usually skipped back to the beginning and listened to the whole sonic landscape unfold from the start all over again.

The best part? When you finish exploring a given track, you hit a button that says, “Stop the Drama.”