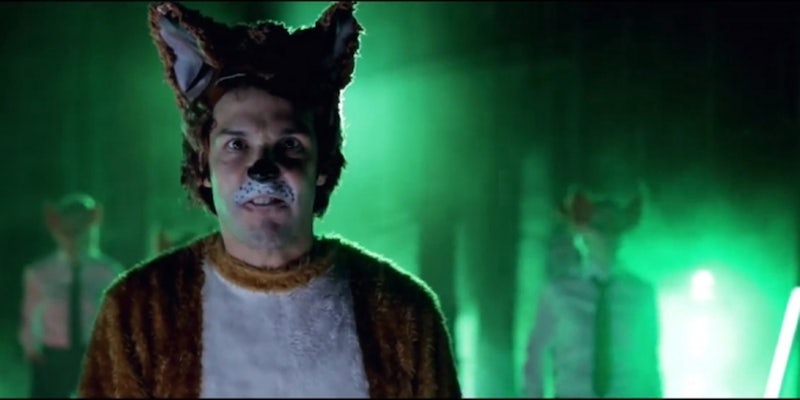 Spotify data proves there are no more guilty pleasures

Listening to music in 2013 is simultaneously a social and profoundly isolating experience.

Listening to music in 2013 is simultaneously a social and profoundly isolating experience. On one hand, the widespread adoption of personal music players allows everyone to choose their own private soundtrack. On the other hand, music apps like Spotify encourage users to display a running ticker of every song they listen to and share favorite tracks with friends on Facebook and Twitter.

This dichotomy between the public and private aspects of music consumption are nothing new. Anyone who ever got a dirty look from a record store clerk for passing over both a compilation of Velvet Underground B-sides and a whole host of seminal Aphex Twin albums in favor of a Hootie & the Blowfish greatest hits collection can attest to this.

The divide between what we actually listen to and what we want others to believe we actually listen to has never been acutely quantifiable. Sure, back in the pre-Internet era, you could compare the best selling albums of the year to the records all your friends insisted you simply had to check out, but that was never particularly scientific. Now, thanks to the rigorous data collection practices of streaming music services like Spotify, it’s possible to see if the music people advocate in public is the same as what listen to in private.

Earlier this week, Spotify released a list of 2013’s 10 most listened to tracks from around the globe:

The list itself isn’t particularly surprising. It’s dominated by danceable, mainstream pop confections from artists like Imagine Dragons and Robin Thicke. The most interesting thing about it is likely the twofold presence of moralizing Seattle rapper Macklemore, who became the first unsigned artist in ages to generate a chart-topping hit.

The most streamed list for the United States is similar to the global list, except it swaps Pink for Justin Timberlake’s “Mirrors,” Passenger for Lorde’s “Royals,” and Calvin Harris for AWOLNATION’s “Sail.”

Where things get fascinating is when the list of the most streamed songs is compared to Spotify’s tally of the most ‟viral” songs of the year. Spotify calculates a song’s virality by taking its total number of shares and then dividing by the total number of listens.

Spotify spokesperson C.J. Stanley explained that the most shared tracks, in terms of raw numbers, are typically also the most streamed tracks. On one hand, this fact may simply be a testament to the power of social media in modern-day music discovery, but it also shows the music people encourage others to listen to (thereby publicly showcasing their own personal music taste) is also what they actually listen to.

Last month, Spotify investigated its listeners’ favorite guilty pleasure songs. Journey’s ‟Don’t Stop Believin” won hands down, getting more than double the votes tracks like Britney Spears’s ‟…Baby One More Time,” ‟Everybody (Backstreet’s Back)” by the Backstreet Boys, and Wilson Philips’s ‟Hold On.”

Notably, none of those songs are even remotely new. Spotify gathered the data in the first place was by the tallying up the number of times a song appeared on a playlist entitled ‟Guilty Pleasures.” Since many playlists are visible to users’ followers on the service, enjoyment of these songs might be embarrassing, but not quite embarrassing enough to be entirely kept secret.

While Spotify’s viral list punishes songs for racking up a large amount of listens, there was some overlap between the two lists. Tracks by Imagine Dragons, Lorde, and Daft Punk appeared on both, meaning that everyone listened to them and everyone shared them. This is especially true for Daft Punk ‟Get Lucky,” which was rated as the most viral track of the year and earned the honor of racking up the most streams ever recorded in a single 24-hour period: 1.5 million.

The other songs on the viral list are largely there due to their popping up somewhere prominent in contemporary popular culture.

On Eminem’s ‟Rap God,” Mr. Mathers crams 100 words into a 15-second verse conclusively proving that he’s among the best technical rappers in the world. Arcade Fire’s ‟Reflekor” had contributions from LCD Soundsystem’s James Murphy and David Bowie, making it the hipster event of the young millennium. Badfinger’s ‟Baby Blue” had a prominent placing in the series finale of Breaking Bad. ‟He Stopped Loving Her Today” was the biggest hit of country legend George Jones, who passed away in April. Also, don’t forget the brief period of time earlier this year when everyone on Facebook was wondering what ‟The Fox” said.

However, other than ‟The Fox,” none of the songs appearing on the list for largely for cultural reasons cracked the top 100 most played tracks, either in the United States or globally. These songs’ place on the list may be the result of a relatively small sample size people listening to them in the first place. But to paraphrase Brian Eno’s famous line about the Velvet Underground, only a few thousand people may have listened to these songs but every single one of them hit the share button.

Most streamed tracks of 2013