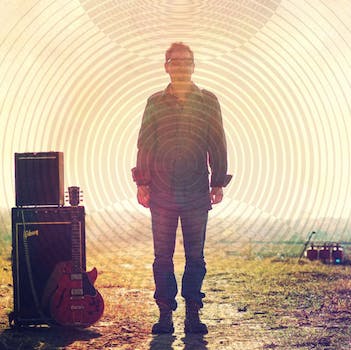 Tame Impala not only put out one of the best records of the last year, it also possibly named my own “invented” genre. Call it lo-fi. Call it no-fi. Call them one-man bands. Call them demos. I prefer raw, intimate and vulnerable: Call it lonerism.

Sure, it’s vague, but all of the music picked here exhibits a certain feeling of intimacy that is sometimes lost in translation when a band gets together in a big studio. Some of this music was either recorded literally by one person in a bedroom with whatever equipment was lying around or captures a moment of someone expressing themselves in a way that makes the listener feel like the only other person in the room.

There are some glaring omissions: Technically Prince is often a one-man band and neither Nino Moschella nor Sean Padilla & the Cocker Spaniels are on Spotify. In addition, given the nature of “bedroom recordings,” some of my favorite stuff in the genre is sitting on my hard drive or on CD-Rs (out-of-print small pressings, unreleased Brainchild a.k.a. James Pants beats, iPhone demos from David Garza, etc.). That said, Spotify does have a fairly deep library, and I was able to compile a concise digital mixtape.

I tried to present a well-rounded picture of musicians baring their soul into microphones, tape machines, drum machines, and samplers. From the spaced-out paranoid soul of Shuggie Otis and Sly Stone to the bedroom funk of Antibalas guitarist Marcos Garcia (a.k.a. Chico Mann) to the weirdo psych hip- hop of producer/rapper Edan to intimate, soul-spilling performances from Elliott Smith and Cody Chesnutt, the music covers a wide range of eras and genres.

Perhaps the most extreme but tragic example is the home recordings of Yonlu, a Brazilian teenager who struggled with depression and took his own life before his 17th birthday. It wasn’t until after his death that his parents discovered an album’s worth of songs he had recorded on his computer, resulting in Luaka Bop’s great posthumous release, A Society in Which No Tear is Shed is Incredibly Mediocre. Despite this example, the music expresses a wide range of emotions, from ecstatic and inviting to distant and guarded.

Hopefully this playlist is a good primer and captures the same feeling I get when listening. I’ll leave you with the words of one Sean Combs…”Press Play.”

One of the most gifted and prolific artists in Austin, Texas, Adrian Quesada has worked with everyone from Prince and Daniel Johnston to GZA. His primary bands, Grupo Fantasma and Brownout, are both showcasing at SXSW 2013. To hear his own lonerism, check out his sublime solo work as the Echocentrics. You can follow his work on Tumblr and Twitter.