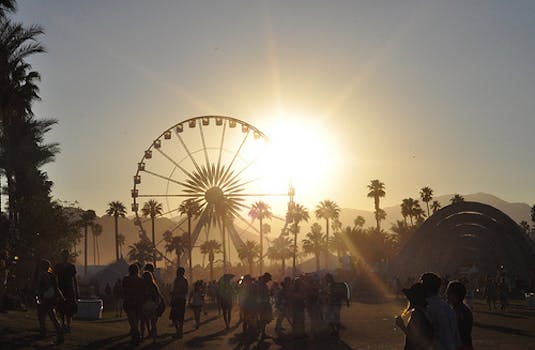 In Spotify Essentials, the Daily Dot curates custom playlists created by some of our favorite artists, staff writers, and Web community leaders.

Every year, as winter turns to spring in North America, the nation’s music fans eagerly eye the ensuing avalanche of lineup announcements from the major music festivals—Lollapalooza, Sasquatch, Outside Lands, the Austin City Limits Music Festival, Bonnaroo, et al.—that have become some of the summer season’s most beloved attractions.

Indio, Calif.’s Coachella Valley Music and Arts Festival, held across two weekends in April, is always first out of the gate, with endless speculation poured out in music blogs, magazines, and on social media as to the festival’s slate of performers. And when the festival’s lineup is released—as it was last week—the entertainment press and the commentariat seize most immediately on the headliners, those end-of-the-night bands that get star billing. 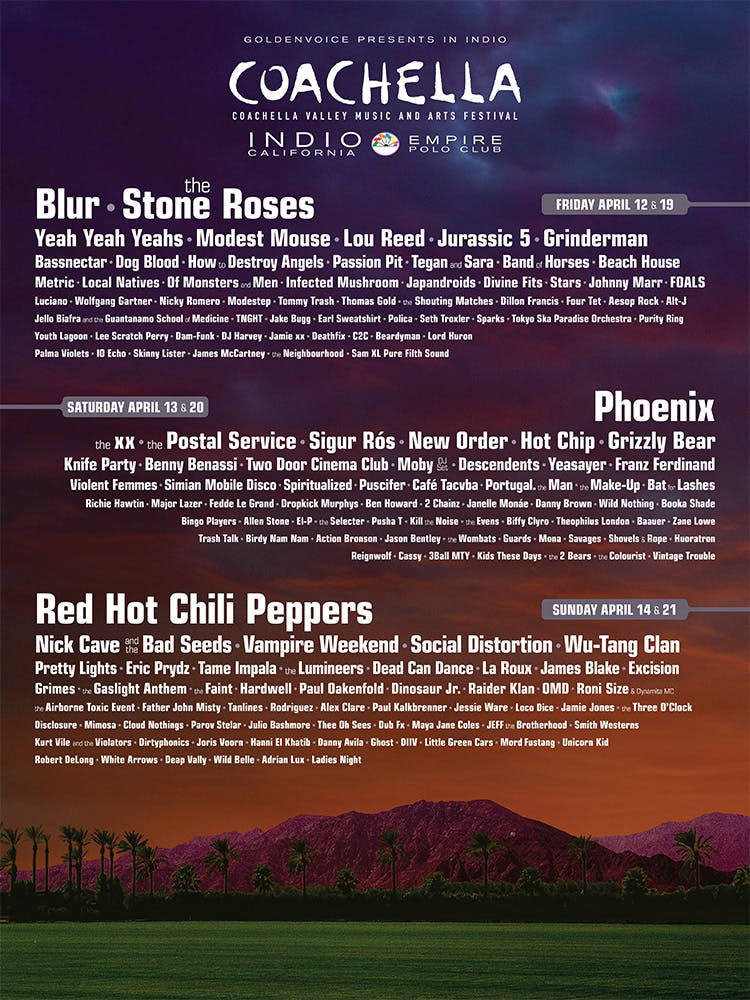 But barring the occasional, surprising delight—reunited Britrock titans the Stone Roses headlining night one this year, for instance, or the instantly meme-worthy spectacle of 2012’s hologram Tupac—the headliners are rarely the most exciting attractions at any music festival. Too often major music festivals draw upon the same limited pool of headliners, as if selecting a headliner was as simple and limited as rolling a pair of dice. (“Looks like we’ve rolled a six. Red Hot Chili Peppers it is!”)

The true strength of a music festival, Coachella included, is in its undercard—that eclectic mixture of emerging young bands, longtime cult favorites, and hushed singer-songwriters whose task is to make the long days in the scorching SoCal desert not just bearable but exciting.

Fortunately, Coachella 2013 is stacked from the bottom up with an astonishingly diverse roster. This 25-song, one-hour Spotify playlist serves an introduction to Coachella’s buried treasures, comprised only of the artists consigned to squint-worthy font on the lineup poster but deserving of so much more. If you’re one of the tens of thousands planning to flood Coachella’s precarious online infrastructure when tickets go on sale tomorrow at 10am PT, consider this a preview of how you’ll be spending your mornings and afternoons come April 12; for everyone else, it’s a snapshot of some of the best under-the-radar music being made today.

The proceedings kick off with “The Wolves,” the insistent, sweeping folk rock gem that helped catapult 25-year-old phenom Ben Howard to Mercury Prize-nominated prominence in the United Kingdom. Howard’s a great example of the kind of international artist that the Coachella undercard does so well—a growing talent whose United States following hasn’t quite matched his British following just yet but likely will in time. (Florence and the Machine was at the similar spot in the poster back in 2010.)

From there, the playlist veers into every corner of Coachella’s lower tiers. There’s the shiny throwback soul of Allen Stone and the expansive pop fusion of Janelle Monaé. There’s reggae and dub pioneer Lee “Scratch” Perry, recently unearthed folk rock troubadour Rodriguez, and a cheeky appearance (“Lighten Up, Morrissey”) by Sparks, the quixotic Los Angeles pop band now comfortably in its fifth decade of activity.

There’s also a smattering of the best emerging and alternative hip-hop has to offer: El-P’s hard-hitting bleakness, the cheeky chill of Action Bronson, the understated reflection of Earl Sweatshirt. There’s a 10-minute dance banger from Richie Hawtin, the second-wave Detroit techno master better known under the alias PlastikMan. There’s the raw thrashing of Sacramento’s Trash Talk and the intimate bedroom pop of Youth Lagoon. Even cult hero Ian MacKaye, of Fugazi and Minor Threat fame, makes an appearance, with his most recent project, The Evens.

Sure, it may just be scratching the surface of the festival’s 100-plus-strong lineup—but it’s a pretty deep scratch, and, hopefully, strong evidence that when it comes to music festivals, the true sign of quality is all in who’s in the tiny typefaces.