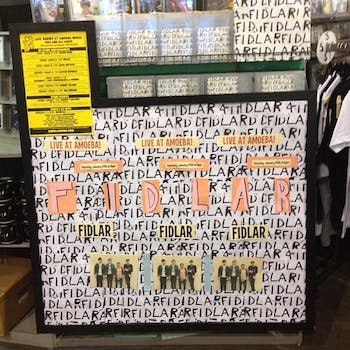 In Spotify Essentials, the Daily Dot curates custom playlists created by some of our favorite artists, staff writers, and Web community leaders. This week, Daily Motion’s Emmy Feldman’s handicaps 100 bands worth catching at next week’s South by Southwest Music conference.

I’m a BBC Radio 6 junkie. Most of the bands that I’ve discovered and grown to love over the past year have been spoon-fed to me by one of several 50-year-old British men who have dedicated their lives to finding undiscovered and under-the-radar musicians. These are the types of artists that excite me most. I’ve included as many as I could in this playlist—100 of the most promising new acts to descend upon Austin for SXSW.

I won’t waste time talking about the biggest buzz bands. The fact is, if you want to see Alt-J, Youth Lagoon, or Foxygen, you can do that shortly when they hit your city on a headlining tour. I could tell you about a 100 British artists alone that I’m excited to see, but I’ll resist and just tell you which label showcase I’m most looking forward to.

You won’t need earplugs; it might even be difficult to find an electric guitar, but it’s a showcase that will appeal to people with a variety of musical tastes. It features Let’s Buy Happiness, the Trouble with Templeton, Mikael Paskalev, Story Books, Jake Bugg, and Kodaline.  Bugg, in particular, is stunning live; I can guarantee you goose bumps on that one.

Though the majority of these artists’ albums haven’t been released in the U.S. yet, it’s safe to assume that if they have the funding and support to make it to SXSW without an American following, they won’t disappoint you.