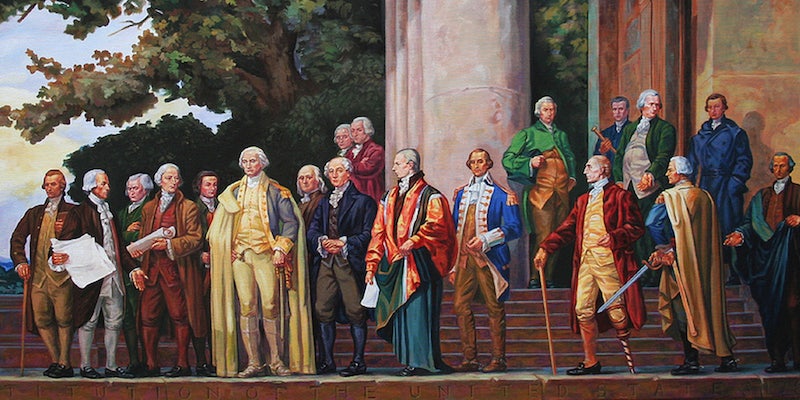 Can you spot the big mistake in Julia Louis-Dreyfus’s nude Rolling Stone cover?

Hint: It's got nothing to do with airbrushing.

Stare at the new issue of Rolling Stone awhile and you may notice something odd. No, it’s not that Veep star Julia Louis-Dreyfus appears to be aging backward. Think bigger. Think historic.

Give up? Then you may want another crack at the sixth grade:

Yes, John Hancock’s signature, though famously enormous and well-flourished, does not appear on the U.S. Constitution—rather it’s the Declaration of Independence that bears his massive mark. But Americans do tend to think of their founding fathers as a unit, don’t they?

Louis-Dreyfus, however, seemed to indicate that she and Rolling Stone—which has yet to comment on the matter—were in on the joke, alluding to a hapless White House staff character on her HBO political comedy as the guy responsible for the gaffe. Makes sense!

Whether intentional or not, John Hancock’s John Hancock here is likely to leave the country even more confused than it was. Who can keep all these little details straight?

Oh, well. It’s not like the media does such a great job of fact-checking the present, either.