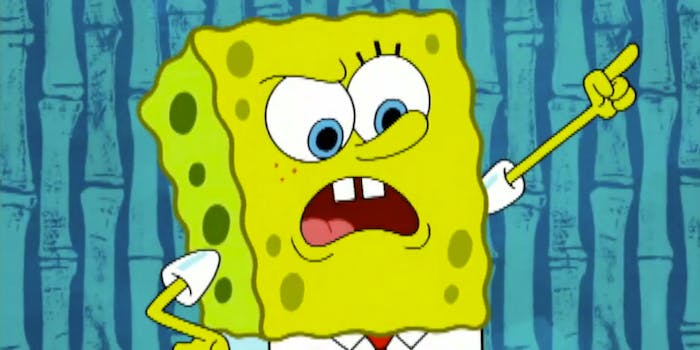 You ever wonder why those Krabby Patties were so addictive?

SpongeBob SquarePants is as dumb as a doornail, but it wouldn’t surprise us if he and his intelligence were just hiding in plain sight—with a familiar dark side.

SpongeBob isn’t just a loveable fry cook by day. When mashed up with Breaking Bad, he’s just as terrifying as Heisenberg.

He knocks, he cooks, he’s got a powerful pie, and he’s got everyone in the palm of his hand until the you-know-what hits the fan. But with a boss like Mr. Krabs, he might not be getting the money he deserves—and that doesn’t bode well for our favorite crustacean.

Now if only SpongeBob could get his license so he could make this scene possible.