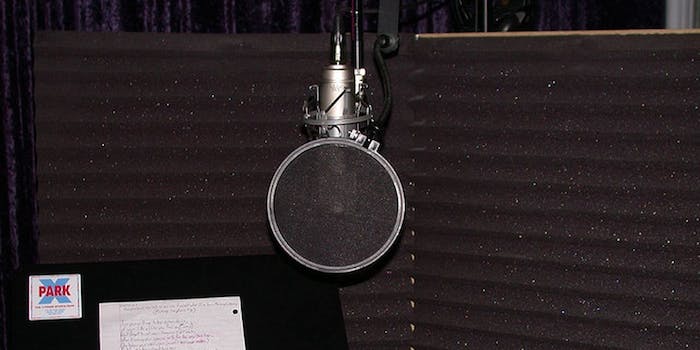 A Soundcloud for all the lonely voices of the recording booth.

Earlier this summer, the isolated vocal track from Queen and David Bowie’s “Under Pressure” went viral, mainly because Freddie Mercury’s voice was its own divine instrument. Now, there’s a Soundcloud devoted to doing the same thing to songs from all over the musical spectrum.

Isolated Vocals has organized tracks from OutKast, Pixies, Snoop Dogg, the Offspring, Blind Melon, Weezer and more. Over on its own dedicated Reddit forum, there are additional tracks from Alanis Morissette and Stone Temple Pilots. Yes, the dream of the ‘90s is still alive and embedded on Soundcloud.

OutKast’s “Bombs Over Baghdad” loses some of its steam without that insane beat, but it’s a reminder that Andre 3000 is an insanely good rapper.

Here’s the Offspring like you never, ever wanted to hear them:

With the music removed from Pixies’ “Debaser,” Frank Black just sounds like he’s having a nervous breakdown in the recording booth:

Still, no one will ever beat David Lee Roth’s isolated vocal track from “Runnin’ With the Devil.”