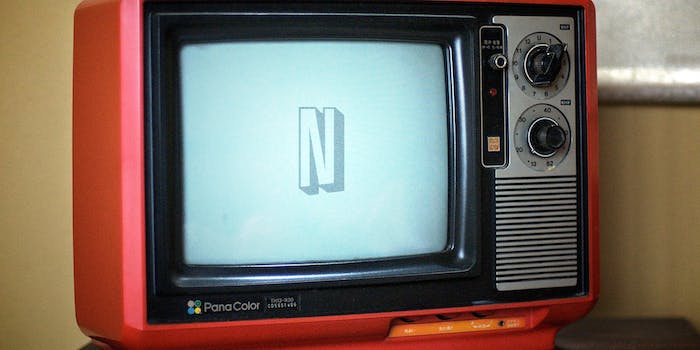 While Sony is launching what appears to be a competitor to Netflix’s streaming service, Netflix says it’s going global.

According to Sony, this year the company will establish a 4K video streaming service called Ultra, which will provide those who own 4K TVs in the U.S. more content to watch. As ComputerWorld notes, Ultra will show new and older Sony Pictures movie releases on Android TVs.

Sony Pictures has begun shooting movies in 4K at a resolution which is four times higher than today’s high definition TVs and delivers brighter blacks and whites and more colors, thanks to high-dynamic range (HDR) information in the stream. It will be delivered via Internet connection and thus bypass cable providers.

The Verge reports that 40 to 50 movies titles will be available when the Ultra service launches, including Men in Black 3, Pineapple Express, and Crouching Tiger, Hidden Dragon.

Meanwhile, here’s what Netflix had to report.

But not everything Netflix has in its library can be shown globally yet due to territorial licensing.

.@Casper_O Still prisoners of territorial licensing — moving quickly to have global availability of all content on Netflix.

According to the BBC, Netflix said it would also start offering HDR content in its streams and that it would begin service in 130 additional countries (but not in China, North Korea, Syria, and Crimea).

“It’s a very large country—you know, a billion Chinese [who] we want to give access to the Netflix content,” Hastings said at CES in Las Vegas. “In China, you need specific permission from the government to operate, so we are continuing to work on that and we are very patient.”

Photo via mxmstryo/Flickr (CC by 2.0) | Remix by Max Fleishman