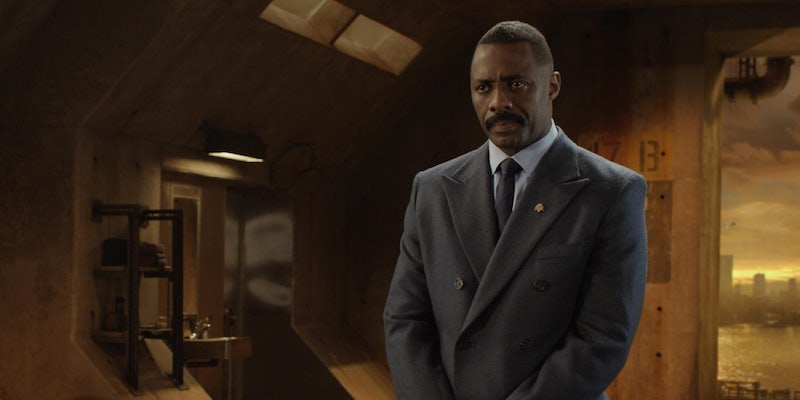 Sony's co-chairman wants Idris Elba to play 007. But will it actually happen?

“Idris should be the next Bond.”

Well, yes. Idris Elba should indeed be the next James Bond. People have been saying this for years. So, why bring it up all over again? As with seemingly every Hollywood news story at the moment, it’s connected to the recent Sony hacks.

Sony Entertainment co-chairman Amy Pascal has been making headlines for the past few weeks, mostly as a result of damaging and salacious information leaked from her professional email account. Thankfully, the latest revelation is not quite so embarrassing. According to an email dug up by the Daily Beast, she wants Elba to take over as 007 once Daniel Craig retires.

Since the email was between Pascal and a former Columbia Pictures exec—the same Columbia Pictures that distributes the Bond films—we now know that some people in the upper echelons of Hollywood are fully onboard with this ongoing casting rumor. “Idris should be the next Bond” is a pretty definitive statement, after all.

Elba’s career is on the rise, having recently starred in Prometheus, Pacific Rim, and Nelson Mandela biopic Mandela: Long Walk to Freedom. Fans have wanted him to play Bond for almost a decade, but it’s one of those casting rumors that often seems to have more foundation in wishful thinking than reality.

During a Reddit AMA this year, Elba said that he would “absolutely” play 007 “if it was offered to me,” although as the Daily Beast points out, Daniel Craig is still contracted for another Bond movie after Spectre. Elba is undeniably perfect casting, but at 42 years old, he’s already edging out of the ideal age range for a role that would last for multiple sequels. Roger Moore released his first Bond film at 45, but the franchise has become far more stunt-oriented in recent years.

Still, that leaked Sony email is a ray of hope. In an ideal world, Idris Elba would be the next James Bond, and hopefully more Hollywood bigwigs agree.