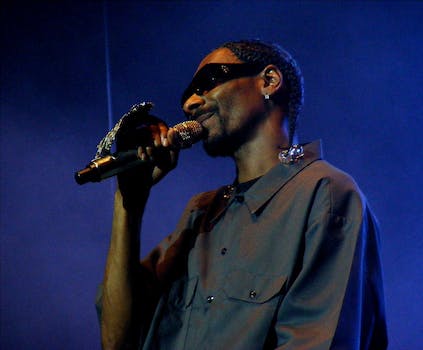 The rapper gave the social news site a shoutout, prompting a debate on whether he actually uses it.

On his Facebook page, Snoop shared a piece of fan-created artwork bearing the caption, “Shoutout to tha fans on Reddit makn snoopdogg art!” A screengrab of the image was then posted on the social news site by LeSouthAfricanSpy, who titled the thread, “Snoop dogg is a redditor. Fo rizzle.”

The post got redditors wondering if Snoop legitimately uses the site.

Bouffont questioned if the redditor who started the thread “is actually Snoop Dogg,” while others suggested that Snoop is a moderator for r/trees, the site’s largest marijuana community.

“I hate to break it to you guys but most of the time these people have PR and Social Media reps that are updating their accounts,” wrote CharlieBitMyDick. “The reason they give shoutouts to specific sites is because of, well … this post. It’s great marketing. Snoop Dogg could totally be here and I hope he is but I see stuff posted like this all the time.”

RealCheeseFlavor suggested that a redditor fan of Snoop perhaps showed the art to him, adding, “Reddit makes this mistake a lot. Someone mentions reddit—they must be a redditor.”

However, Reddit’s general manager Erik Martin, who uses the handle hueypriest, weighed in to claim that he has spoken with Snoop. The star is legitimately a big fan of the site, Martin said, and wants to take part in a question-and-answer session in the popular r/IAmA (“I am a …”) subreddit.

Though that doesn’t quite clear up the question of whether Snoop actually browses the site himself, it seems he’s certainly keen on becoming actively involved on Reddit.

If Snoop does do an interview, hopefully he’ll fare better than Woody Harrelson.