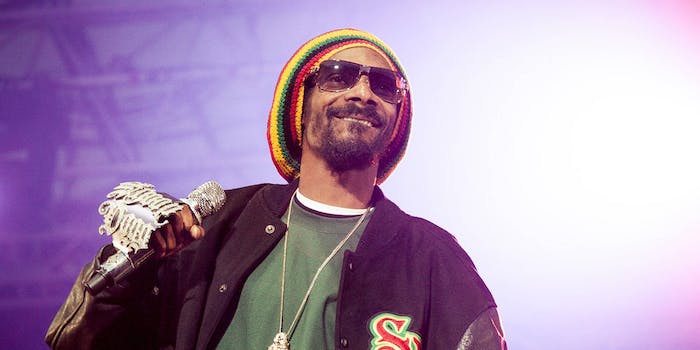 The remake of the 1977 landmark miniseries, Roots, will premiere on the History Channel and A&E on Monday night, and though there was backlash when the project was first announced, the online reviews of the reboot have been flattering.

Based on 22 reviews, Metacritic has given the miniseries a grade of 81, and the Baltimore Sun wrote the eight-hour series “is one of the most powerful and profound narratives ever written or told about the American experience, including anything written by any of the celebrated giants of our national literature.”

But if you were ask to Snoop Dogg his thoughts about the 2016 version of Roots or about movies depicting slaves in general, he wouldn’t be so positive. In fact, in a video uploaded to Instagram on Monday, the rapper calls for a boycott of Roots, saying he’s “sick of this shit” and wonders why nobody is making movies “about the success black folks [are] having.”

That opposition is in stark contrast to the intent of rapper T.I., who plays runaway slave Cyrus and who explained earlier this month why the series is an important one.

“I think this story is the origin of African-Americans,” he said, via Uproxx. “I think the first one, although it is the most watched television series of all time, I don’t think this generation had an opportunity to experience it and take it in properly … Just due to the amount of technology now. You watch any movie from that era, if you’re of this generation, it’s just difficult to get into it because it looks so different.”

And count LeVar Burton, who played Kunta Kinte in the original, as agreeing with T.I. (and not with Snoop).

It is my prerogative to disagree and in this case I do, vigorously and wholeheartedly! https://t.co/4riDfYLSkh

Or as Laurence Fishburne, who plays Alex Haley in the new version, might put it.

Roots will be simulcast Monday night at 9pm ET on the History Channel and A&E, and it will continue at the same time Tuesday, Wednesday, and Thursday.