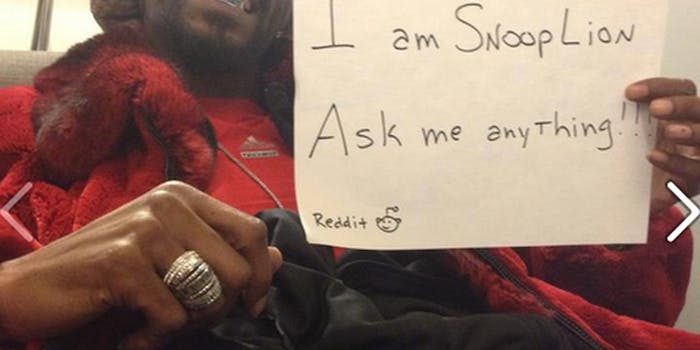 Rapper Snoop Lion (formerly Dogg) paid a surprise visit to Reddit to promote his new album and discuss one of his favorite topics: smoking.

Rapper Snoop Dogg took a break from his schedule of smoking “81 blunts a day” Wednesday to stop by Reddit and participate in an Ask Me Anything, something that’s probably never been said about a G-Funk era rapper ever in history ever before.

The Compton legend—real name Calvin Broadus—whose catalog includes such hip-hop staples as “Gin and Juice,” “Gz and Hustlas,” and “The One and Only,” popped into the social news site in a not-so-concealed effort to promote his new single, “Here Comes the King,” the next in a line of reggae songs the rapper is releasing under the moniker of Snoop Lion, a name that apparently “chose him.”

More than 5,000 commenters stopped by the AMA to ask Snoop the questions they’ve always wanted to have answered—Snoop even took the time to ask one of his own!

Believe it or not, some of those questions turned out to be about topics other than the Doggfather’s legendary love of marijuana cigarettes.

For the aforementioned—if you’re just dying to know the longest period of time in which Snoop has gone without smoking—you can turn to his AMA. For the most interesting of the alternatives, see below. 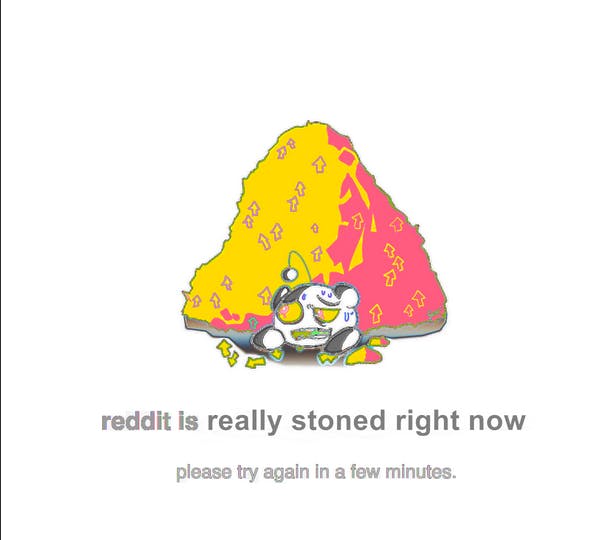 On his name change 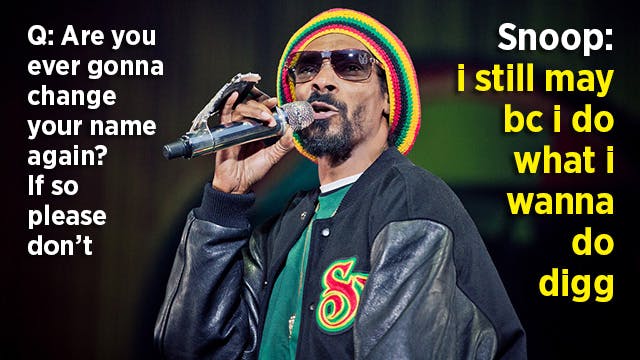 On his favorite album to listen to while getting high 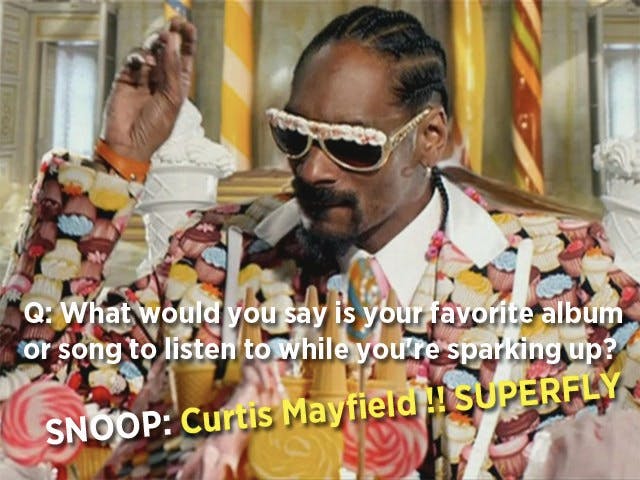 On his, um, Snoop 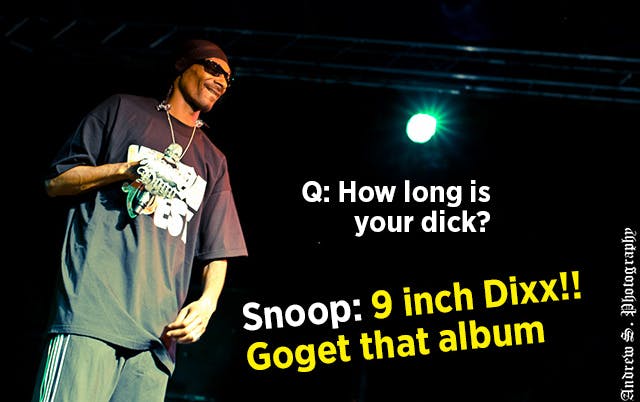 Photo via The Come Up Show/Flickr

On his favorite movie 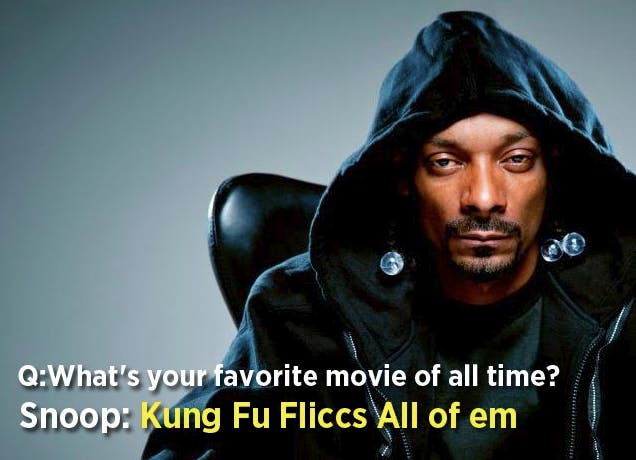 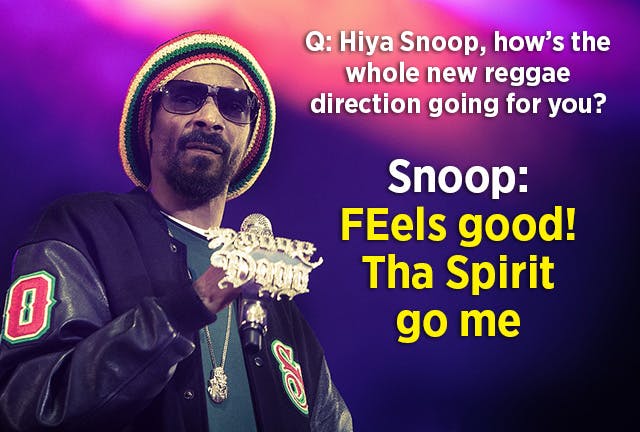 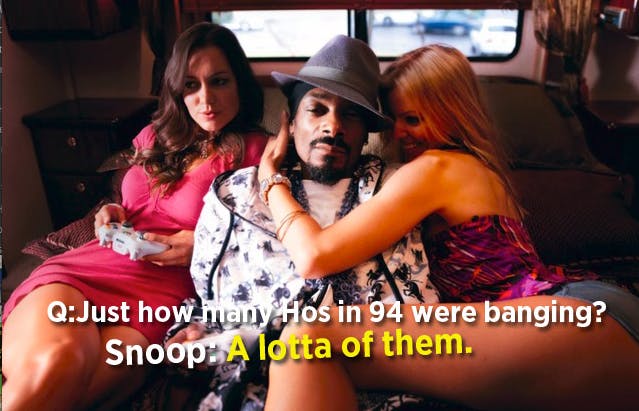 On his taste in women 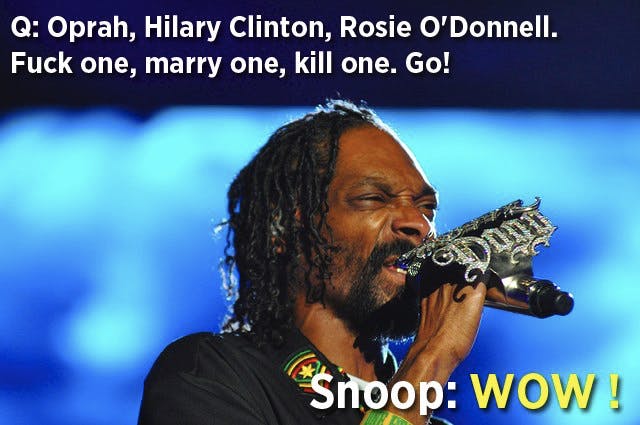 On his dream smoking partner (Sorry, we had to) 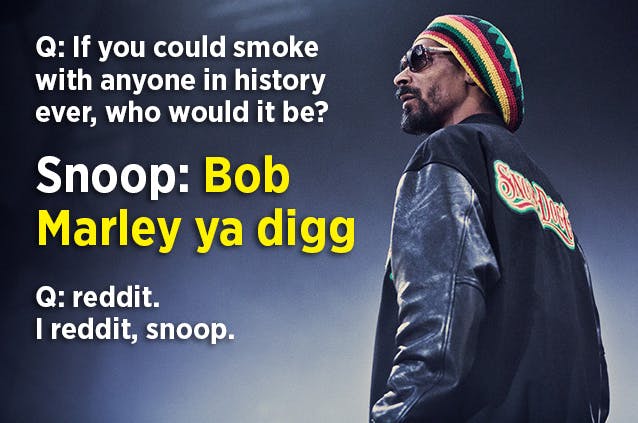 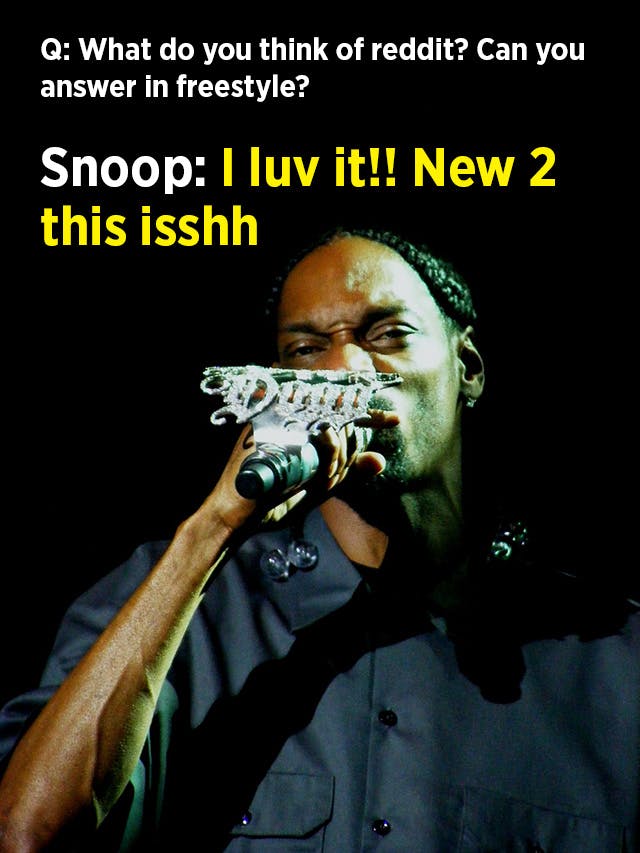