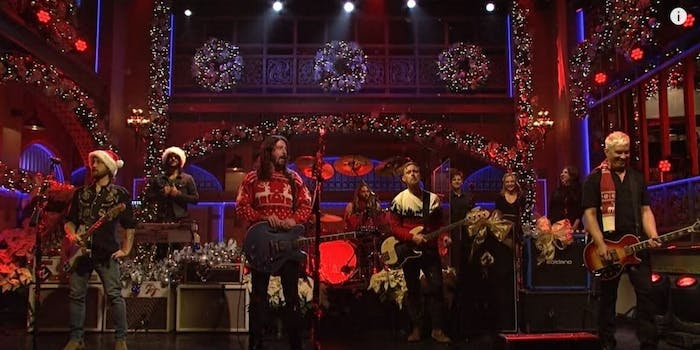 You’ve got to hear their take on this ‘Peanuts’ classic.

In the final show of 2017, Saturday Night Live welcomed the Foo Fighters as the musical guest. And the Dave Grohl-led band blew the snowy roof off the place with a holiday song medley that will rock you to your Christmas core.

Consisting of the Foo Fighters’ 1997 hit “Everlong,” “Christmas (Baby Please Come Home),” and “Linus and Lucy” from the Peanuts cartoon, the band’s performance will almost certainly leave your ears ring-ting-tingling.

Watch Grohl and company blast through the number.