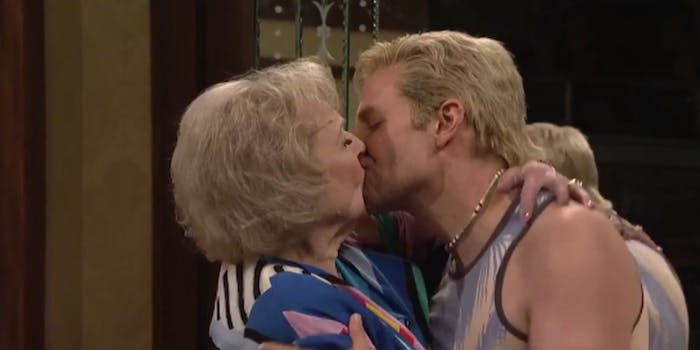 That time Betty White and Bradley Cooper made out on ‘SNL’

There were a lot of great moments during Saturday Night Live‘s 40th anniversary special (Kanye, Jerry, Wayne and Garth), but one of the most sensual happened during the Californians sketch.

Oh, and let’s not forget White also made out with Will Forte.