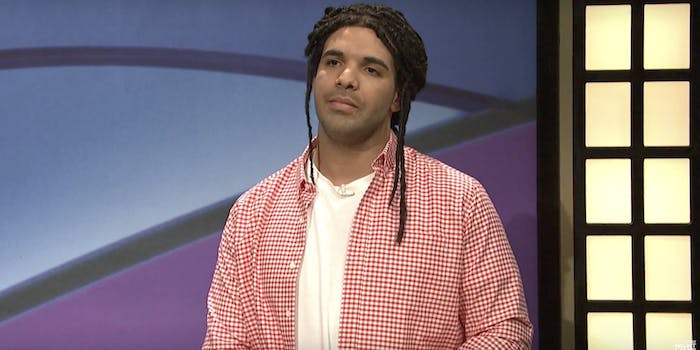 Rather than making the likes of Elizabeth Banks and Louis C.K. uncomfortable, the game show parody instead featured guest host Drake, who played the role of the seriously Canadian Jared.

Watch as the rapper trots out music superstars to the north and name-drops hockey players to the confusion of Keenan Thompson—and somehow inadvertently wins.

You enjoy that oven heat and top foil, Jared. You’ve earned it.