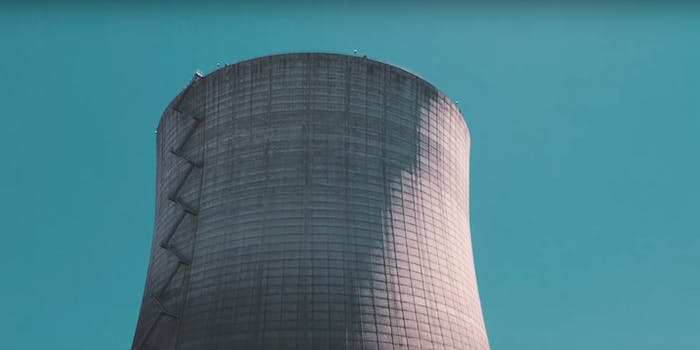 This popular Seattle band found out.

Seattle-based band Thunderpussy just reinforced it with the new music video for its latest single, “Torpedo Love,” in which the band performs in the middle of the bottom of a nuclear cooling plant.

The unique shape of the cooling plant creates some pretty cool sound effects. Music producer Sylvia Massy—who worked with the band for the video—shared on YouTube what it sounds like when you hit a snare drum in the center of the plant.

“I want you to really hear what happens with drums in a nuclear silo,” she said. “The sound goes around and around, all the way up to the top of the silo. It’s pretty outrageous, isn’t it?”

One Reddit user pointed out that it looks like the video was filmed at the Satsop Nuclear Power Plant in Washington State, now an industrial park.

“I’ve been there multiple times, it’s pretty well known for music and whatnot,” they said. “They even filmed a scene in Transformers: Dark of the Moon there.”

Watch the full music video with the silo effects here.