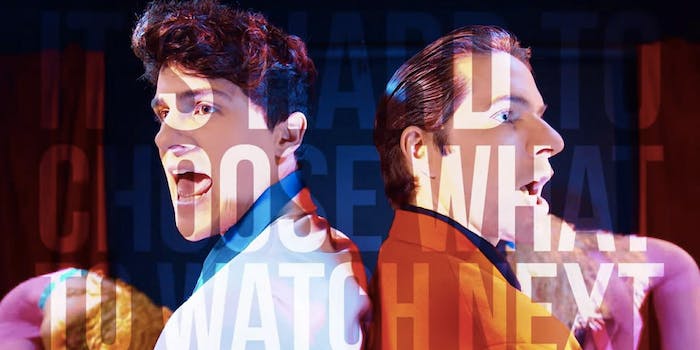 Choosing what to watch on Netflix is one of the hardest decisions of our time, and now Smosh has a rap about it.

“Netflix Conscience,” a parody of Eminem and Dr. Dre’s 1999 song “Guilty Conscience,” is a re-imagination for the digital age. Smosh’s Ian Hecox and Anthony Padilla spend the video vying for the attention of Netflix watchers, trying to convince them to either turn off the service or binge until morning. The song covers every issue, from sharing your logins to how to pick a perfect film for “Netflix and chill.”

The song will be part of the forthcoming Smosh album Shut Up and Listen, out Dec. 10.