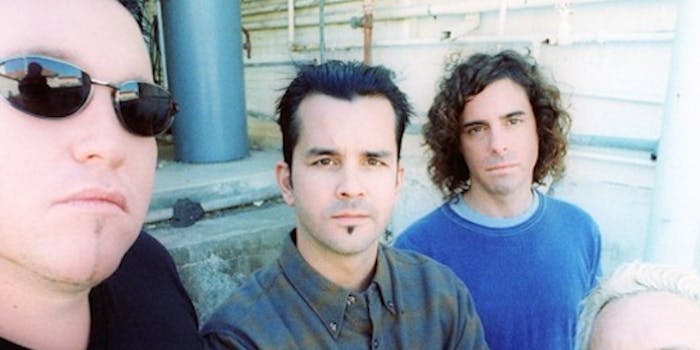 It's the terror of knowing what this world is about.

Since David Bowie‘s death Sunday, the Internet has been reflecting on the icon’s impact and sharing fond memories—but in a move that perhaps no one called for, Smash Mouth decided to honor the late artist by uploading a cover of “Under Pressure” to the band’s SoundCloud.

Considering the original track is a duet with Queen and pretty heavy on the Freddie Mercury vocals, it’s not the most obvious choice, but it’s a tribute all the same.

The biggest bummer is that they tweeted a link to their cover more than five hours ago and it seriously lacks in “favorites.”

It never rains, but it pours. H/T Death and Taxes | Screegrab via Smash Mouth/SoundCloud