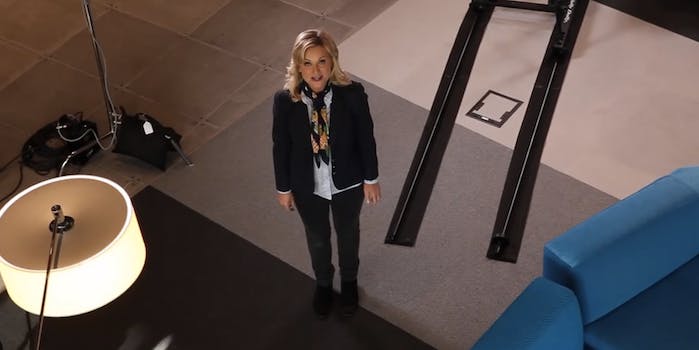 Legendary increases its influence in the geek space.

Legendary Digital Network made a smart move partnering up with Amy Poehler‘s Smart Girls at the Party brand. Poehler’s female-targeted community joins The Nerdist and Geek & Sundry as Legendary’s latest acquisitions. The network is crafting itself as the go-to destination for geek and fanboy content, so a focus specifically on women, who make up major portions of modern geek fandom, makes sense.

Poehler took to YouTube to celebrate the partnership, exclaiming, “Smart Girls is going to team up with Legendary, and I have a cup to prove it!”

Poehler might be known for her comedy chops, and she’s incubated some of the best and brightest of digital fame to television stardom (she helped Broad City cross over from YouTube to Comedy Central, and Billy Eichner is part of the Parks and Recreation cast) but Smart Girls is less comedy and more community, with Poehler and her team celebrating inspiring women and talking directly with those influential women. The channel has 5 million views as well as a robust 550,000-strong Facebook following. Stylistically, Smart Girls runs the gamut, from more structured Interviews to Amy lounging in bed and talking about body positivity, but across the board, the content has Poehler’s trademark bravado and no-bull attitude.