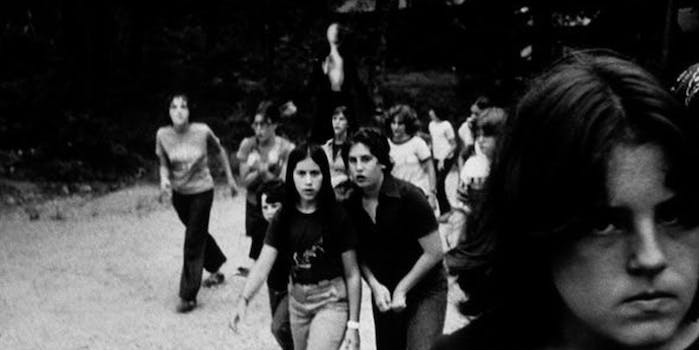 The first great crowdsourced myth of the Internet

When it comes to Slender Man, the line between folklore and meme blurs.

Slender Man is the internet’s most famous monster, a memetic horror story that began as a creepypasta post on the Something Awful message boards but eventually found its way into movies and video games.

In this week’s episode of the PBS Idea Channel, Mike Rugnetta looks into the “nebulous, psychically sourced nightmare” that is Slendy, asking, How Is Slender Man Internet Folklore?

The idea of Slender Man is a true campfire horror story for the Internet age, passed on by word of mouth (or the online equivalent, anyway) until a definitive canon emerged: a tall, slim, faceless man who sometimes has tentacles, and follows you until you submit to an unspecified doom. His popularity lies in the simplicity of the story, but many enthusiasts insist that Slender Man predates the internet—although admittedly, a lot of the evidence of historical Slendy sightings appears to be photoshopped.

The Slender Man mythos has now evolved to the extent that this Halloween, you can dress up as him with a reasonable expectation that someone will recognise the costume, and not just as a weird version of the Silence from Doctor Who or the Gentlemen from Buffy the Vampire Slayer. Actually, examples like that are some of the reason why people claim that Slender Man is a universal horror story rather than just having been generated by Internet meme culture.

This Idea Channel video brings together the various characteristics of Slender Man, ideas that developed and built on one another like the iterations of urban legends such as Bloody Mary. Whether Slender Man is a primal terror from humanity’s shared consciousness, or if he’s just a creepypasta that escaped into mainstream pop culture, Rugnetta is right: Slendy is the first great crowdsourced myth of the Internet.