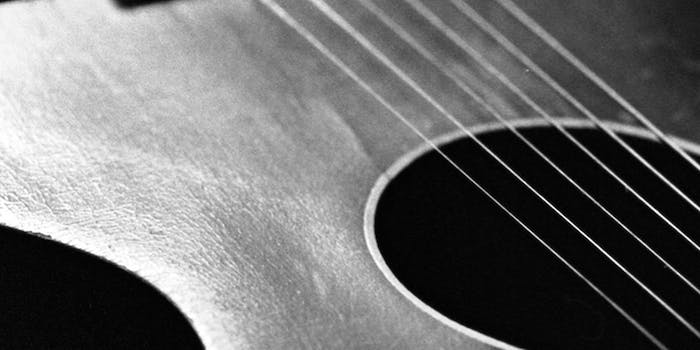 With ‘Sleepify,’ indie band hacks Spotify with a silent album

Would you stream an album of complete silence to help fund a band’s tour? Michigan trio Vulfpeck is currently testing out this brave new idea.

The group recently placed a 10-track album on Spotify that contains no music, only silence. It’s called Sleepify, and they’re asking fans to stream it at night, when they’re sleeping. For Spotify to pay for a play, the track must be at least 30 seconds long, so all 10 tracks contain roughly 30 seconds of silence. According to Vulfpeck’s Twitter, the track order is very important.

please don’t “shuffle” sleepify. i know this might come of snobbish, but we spent a lot of time on track order.

“We are aware Sleepify has appeared on a few torrent sites and a MegaUpload link is floating around. I assure you, our top priority as artists is for our music to be heard, but it’s extremely frustrating after spending months in a studio for no reason at all, people feel no guilt stealing this music.”

Band member Jack Stratton did the math: One listen to a Vulfpeck song on Spotify equals half a cent. If you stream the album on repeat overnight (roughly eight hours), that would generate $4. If a fan does that every night for a week, that could potentially generate enough money for Vulfpeck to play a free show on their tour. They’re also proposing the tour around cities where Sleepify is popular. Most likely they will play audible music at these shows.

It’s an interesting idea in the current musical economy, in which touring is essential for a little-known band but difficult to fund creatively. This is just a different spin on crowdsourcing. Or, rather, crowdstreaming. Essentially, Spotify is funding Vulfpeck’s tour, and if this stunt is successful, it could change the interaction between artists and streaming sites. Or, Spotify could end up filled with silent albums.

While some might see this campaign as a bit of a click-spam scam, Spotify is apparently playing along. A spokesperson told Digiday, “This is a clever stunt, but we prefer Vulfpeck’s earlier albums,” before claiming Sleepify is “derivative of John Cage’s work.”

Neither the band nor Spotify has revealed just how many plays the album has received, but when you think about it, Sleepify is really all around us.