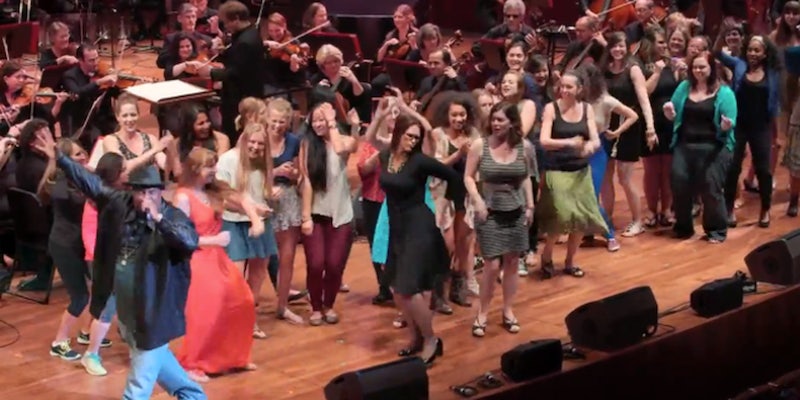 There were no flat notes to be heard.

Sir Mix-A-Lot’s 1992 ode to posteriors, “Baby Got Back,” has somehow remained in our cultural consciousness, a reminder of a simpler time, when the line, “My anaconda don’t want none unless you’ve got buns, hun,” spoke to the hearts and minds of a generation. Last year, an oral history was published, devoted to the song and its iconic video. It’s been covered by the likes of Sir Ian McKellen and Kermit the Frog.

Twenty years later, the Seattle rapper still cannot lie. To honor that devotion, the Seattle Symphony, through their Sonic Evolution project, took on the task of reinterpreting his songs last night. Via their YouTube page:

“Each year, in celebration of the past, present and future of our city’s musical legacy, Ludovic Morlot and the Seattle Symphony commission world-class composers to write orchestral world premieres inspired by bands and artists that launched from, or are related to, Seattle.

“In addition to writing a brand new composition inspired by Seattle’s own Sir Mix-A-Lot, composer Gabriel Prokofiev also orchestrated two of the legendary rapper’s most famous hits for this year’s concert, including “Baby Got Back.”

It also included a few ladies decked out in their symphony best.