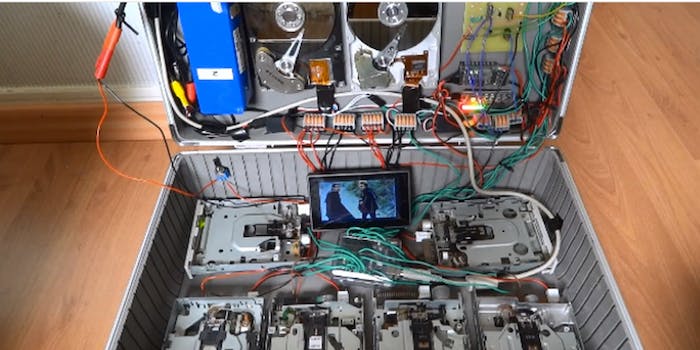 Simon and Garfunkel’s “The Sound of Silence” is a fairly somber song, but would it sound the same being churned out of noisy floppy drive?

YouTuber Arganalth found out by orchestrating floppy and hard drives to perform the song, which still sounds fairly somber. According to a previous video, the suitcase setup runs on Arduino and Raspberry Pi.

This isn’t Arganalth’s first take on “floppy music.” There’s also a recreation of the Back to the Future theme song, which seems appropriate.