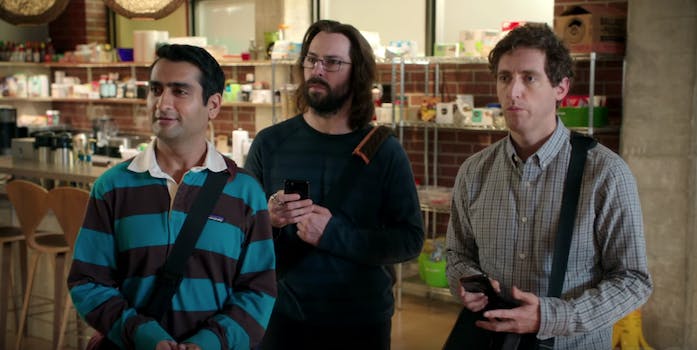 ‘Silicon Valley’ hid a meta message in its season 5 trailer

This is delectably nerdy.

HBO’s Silicon Valley is a walloping satire of the tech industry, and the inside jokes are ridiculous. The trailer for season 5 came and went a few weeks ago—new episodes are coming March 25, by the way—but the internet spotted a meta hidden message we all missed.

Did you catch the binary code behind him?

If you translate the code, which is used in computing to transmit data, it spells “Find a hobby for God’s sake.” Twitter user @cliffski noticed the stunt.

Silicon valley is the best TV show ever made. Evidence: pic.twitter.com/YS3DyUzerq

As Mashable notes, elaborate and nerdy jokes are a staple of the Mike Judge-created comedy. In season 1, the series brought in a mathematician to author a paper about penises. Watch the season 5 trailer below, which will resume without comedian TJ Miller.