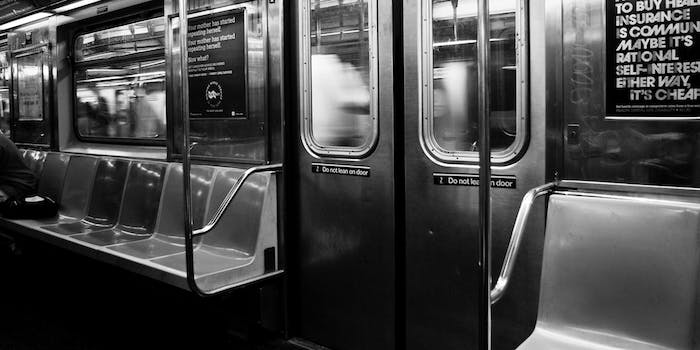 These dancers take subway performance to a new level

However, the rest of the subway commuters don't seem all that impressed.

Two exceptionally talented young men are seeing their act expand beyond their usual captive audience. A YouTube video that recently gained traction on Reddit reveals “Showtime,” a dance act performed not on the Radio City Music Hall stage, but rather aboard a moving subway train.

It’s not uncommon for musicians, dancers, and other performers to liven up lengthy subway rides with expertly choreographed routines… which is quite evident in the altogther unimpressed behavior of the performers’ fellow riders. Despite a mostly inattentive audience, the “Showtime” performers carry on, not letting pesky things like physics or the constant stopping and starting of the train hinder them.

For those who do not ride the New York City subway on a daily basis, the act certainly is impressive. So far, it has received over 11,000 views (in addition to whoever else caught it during their commute).