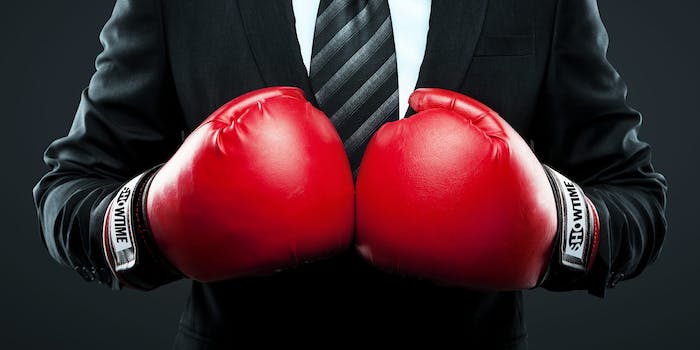 Showtime thinks the future of boxing is digital

Can Showtime save boxing?

Maybe you haven’t watched boxing since Mike Tyson roamed the ring, knocking out terrified opponents every chance he got. Or perhaps you were turned off by paying $100 on pay-per-view to watch Floyd Mayweather and Manny Pacquiao deliver a boring fight in 2015 after five years of hype.

People have been saying boxing is dead for years, and while it’s more of a niche in the vast sporting landscape these days, don’t try explaining the sport’s demise to Showtime cable executives. All they have to do is point to the April 29 Anthony Joshua-Wladimir Klitschko heavyweight title fight to counterpunch the argument. It was one of the best heavyweight battles in years, and it occurred in front of 90,000 fans jammed into London’s Wembley Stadium in what was one of the most electric sporting events in recent history.

People say boxing’s dubious past has erased the future. Showtime doesn’t believe that. Instead, the network is trying to increase its digital footprint, hoping that its online push can create new millennial boxing fans that will save the sport for future generations and turn Showtime into a sports fan’s No. 1 online destination.

“It’s very simple. Demographics tell us that boxing has the oldest fanbase of any sport, except maybe horse racing,” Showtime’s Hall of Fame boxing analyst Steve Farhood told the Daily Dot. “Boxing is in desperate need to cater to young fans. One way to do it is digitally. Obviously, a 25-year-old is much more likely to accept and watch the content Showtime is offering online than the 60-year-olds. We don’t want boxing to die when the 60-year-olds fade away.”

Traditionally, because of the economic requirements needed to watch the channel on TV, the audience for premium cable channels is slightly older than regular cable viewers, according to Showtime General Manager Stephen Espinoza. That’s the conventional wisdom, anyway. But Showtime discovered through subscriber surveys that the demographics of the channel’s boxing fan are actually younger and slightly more affluent than the average Showtime subscriber.

Realizing that, Showtime in 2014 hired Brian Dailey as the vice president of sports digital media to help develop content across Showtime’s digital and social platforms.

Here were the goals moving forward with Dailey in charge. 1) Have Showtime become the undisputed sports leader on social media; 2) Cover the storylines of boxing that create a consistent narrative for fans; 3) Develop the boxing characters in order to give fans a reason to care.

Thus far, the experiment seems to be working. Here are some of the highlights.

That kind of innovation plays well in the present and for the future.

“It’s been a shift in thinking about digital, where a few years ago you looked at it as promotional vehicle to drive viewership. Now, our strategy is that our content is complementary,” Dailey said. “It’s not promotional. It’s editorial. It’s supportive, and it’s something that’s going to get you excited about tuning in to our fight and then seeing what’s next in the boxing universe.”

In a way, it’s building a universe similar to what the WWE produces. There are storylines and dramas for fans to follow and, more importantly, to care about. Boxing programming used to be more about event-to-event coverage. Once the fight was over, the focus on the fighters that participated largely waned until the next time they appeared on TV, maybe months or years later. But for Showtime, the idea is using its digital platform to build a consistent narrative for the sport in its entirety. That way, those fans will keep paying attention to the storylines and the fighters who produce them from month to month and year to year. The attention is not supposed to end once the final bell rings.

“It’s a little bit like wrestling,” Dailey said, “but with real fights.”

The fans’ attention span also is a key element in Showtime’s strategy. Dailey and Espinoza don’t want viewers to have to spend 30 minutes watching an online video. They’d rather viewers devote less time on one video, particularly since Showtime has seen such a big emphasis on mobile viewing.

“Thirty minutes feels like an eternity watching it on a computer or tablet,” Dailey said. “You look at some of our [boxing] properties, other than the [series with Kriegel], we transition from TV to digital with videos that are five, six minutes. In the current day, that’s all fans might have time to watch.”

Yet Showtime’s fixation on digital seems antithetical to the point of the premium cable network in the first place. How are you going to produce entire digital series for fans if you’re not eventually forcing those fans to buy the product? In other words, why doesn’t Showtime seem concerned about encouraging people to actually subscribe to the network?

For Espinoza, it’s similar to the mixtape phenomenon in hip-hop: “If you look at mixtapes, where the guys who were the most active in giving away music for free—Lil Wayne and Drake—you would think that when it came to doing an actual album those sales would be smaller because they’re doing so much for free. The reverse is true.”

Boxing, at this moment, doesn’t need to be saved. But in 20 years, that might not be the case. Can Showtime’s embrace of the digital video world help preserve the sport in the U.S.? There are two schools of thought. The first comes from Jerry Izenberg, a legendary writer who worries about the state of the sport “when a lot of the older folks die.”

“Digital might get [potentially millennial fans], but it’s the delivery system they worship. Not the sport,” Izenberg, the author of Once There Were Giants: The Golden Age of Heavyweight Boxing, said.

But Deontay Wilder, who holds a portion of the heavyweight championship, has a different take. He can look to his toddler for guidance and see that the technological embrace only benefits the channel and the sport.

“I’ve got a 2-year-old who can type on the computer, and if he wants to watch boxing, he knows to type in ‘boxing,’” Wilder said. “He knows how to do that. Now little kids can just tune in themselves.”

If that’s really the case, then boxing attracting a younger generation might not be problematic at all for a movie channel whose boxing coverage still attracts plenty of subscribers.

“Boxing has been the pillar or the main piece of our overall portfolio for a long time,” Dailey said. “We’re trying to diversify the portfolio and stay true to boxing.”

All while trying to make sure the future of the sport isn’t a 10-count away from extinction.