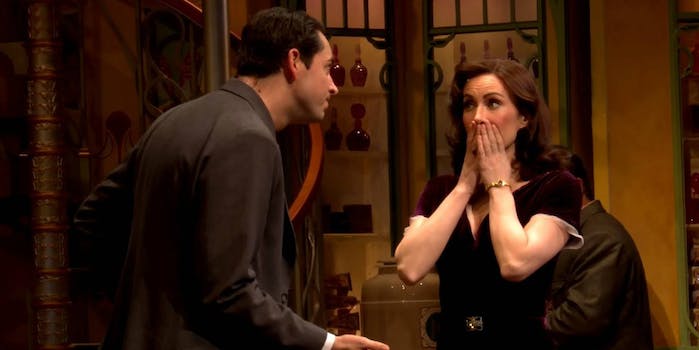 And it's very affordable!

If you love musicals but can’t make it to New York, here’s some good news: She Loves Me is about to become the first Broadway show you can stream live from home.

The June 30th performance of the Tony Award-winning show will be broadcast on streaming service BroadwayHD, the company announced Wednesday.

The livestream on BroadwayHD.com will mark the first time in history that a Broadway show has been viewable this way. And with admission set at only $9.99, it’s a considerably lower price point than a traditional ticket.

She Loves Me was recently nominated for eight Tony Awards, including Best Revival of a Musical, Best Actress in a Musical (Laura Benanti), and Best Actor in a Musical (Zachary Levi). It took home the award for Best Scenic Design in a Musical.