Give me the pugs. Give them all to me.

Everything is better with pugs, and She & Him’s new music video for their cover of “Winter Wonderland” proves it.

The Christmas classic is featured on the group’s latest holiday album Christmas Party, which released in October.

Yeah, the sleepy acoustic indie pop cover with vocal stylings by Zooey Deschanel featuring Jenny Lewis might sound pleasantly basic, but the video is a treat all its own.

The video stars pugs Roxy, Blue, and Bono, with special appearances by Diego toward the end.

Honestly, the two-and-a-half minute-long clip is just one continuous tag yourself fest. Just peep some of these ridiculous outfits.

In this scene I’m the one in the middle doing a twirl for the treat. 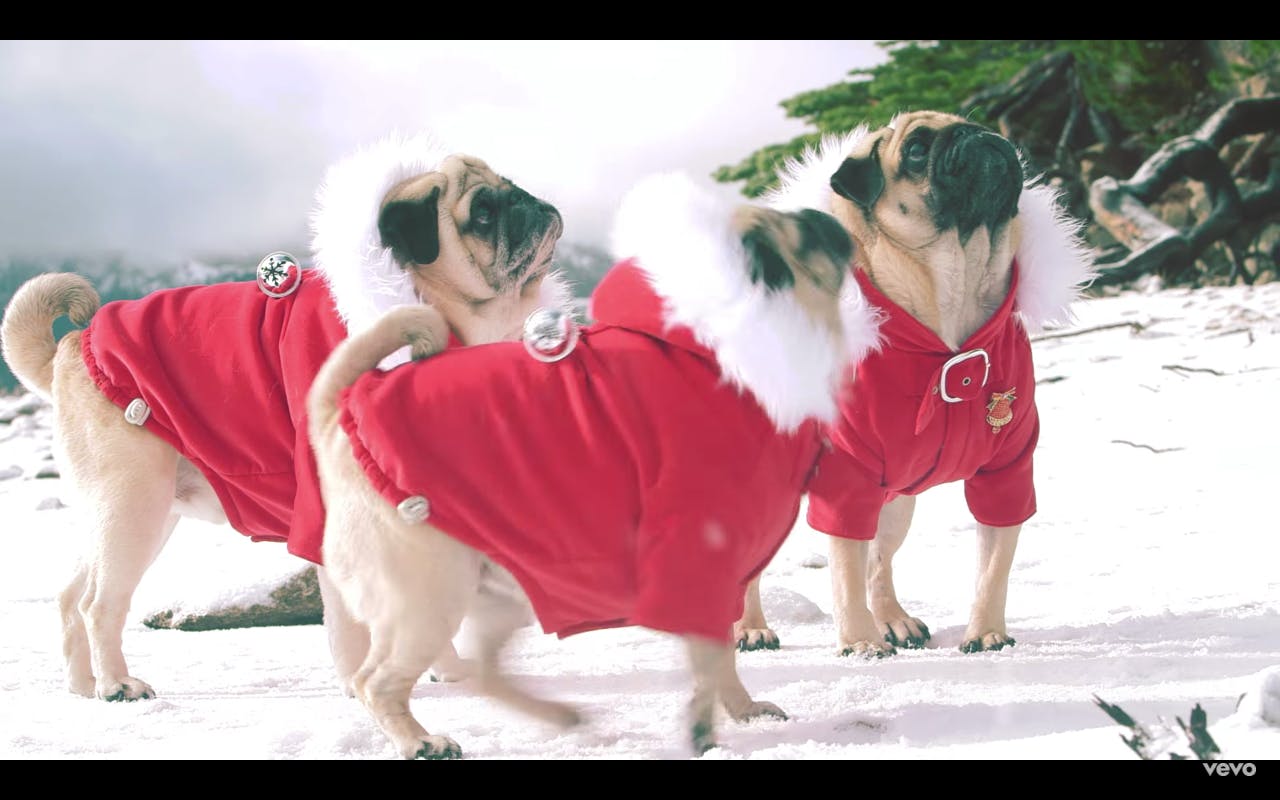 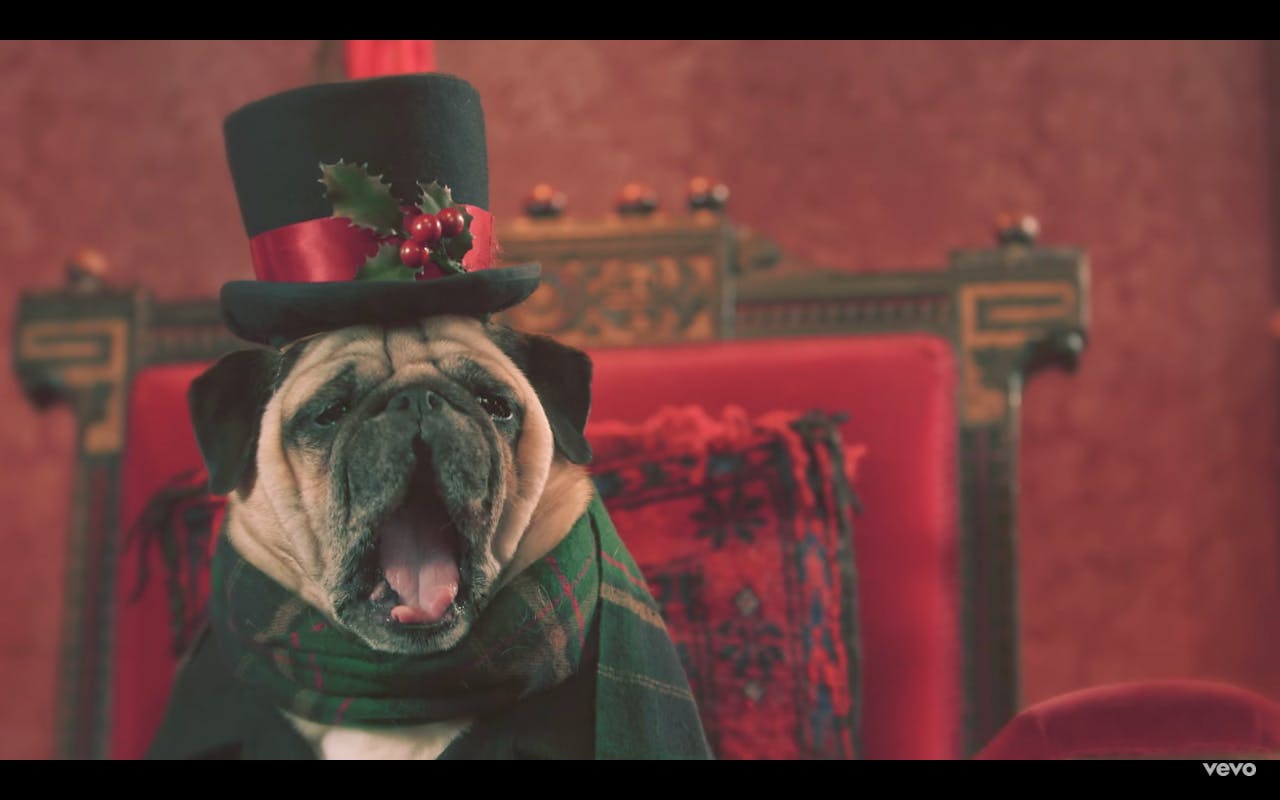 I’m the one in the blue for this shot. 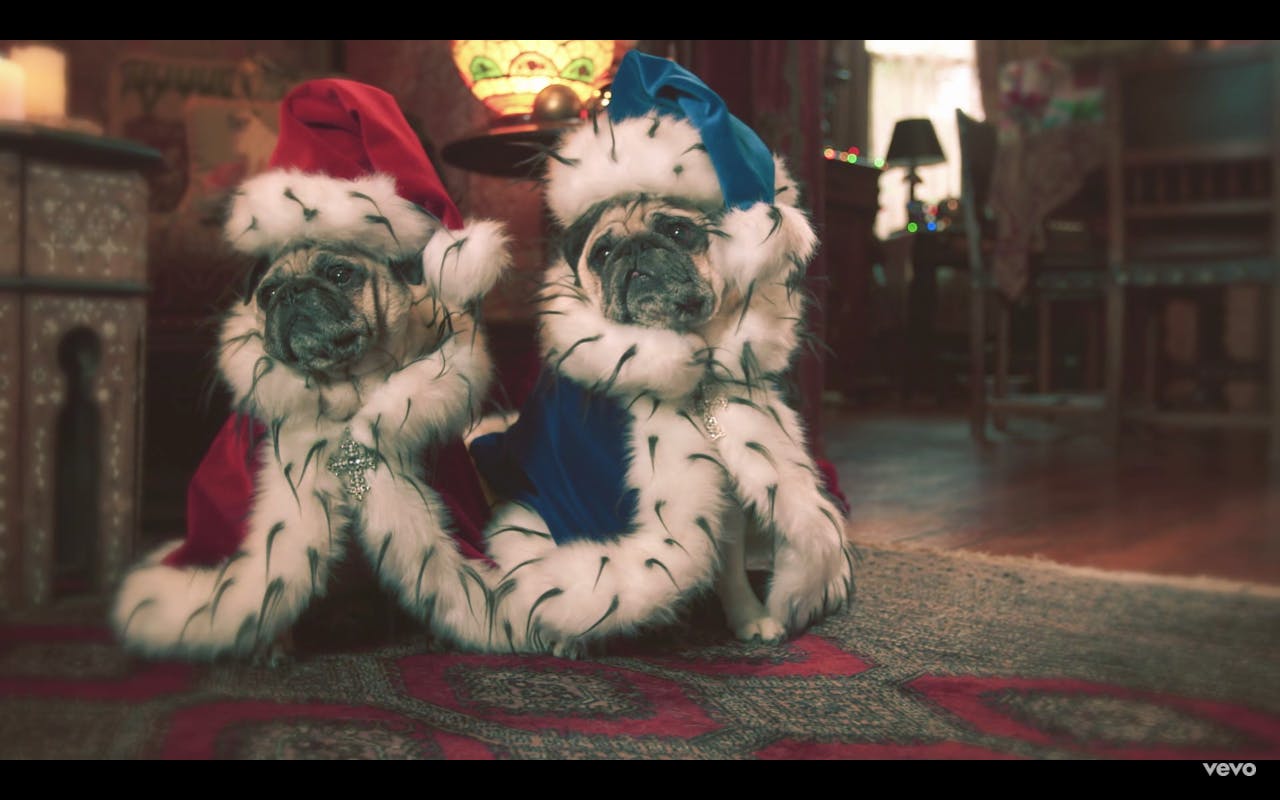 Yup, that look of *record scratch* *freeze frame* confirms it, that’s definitely me. 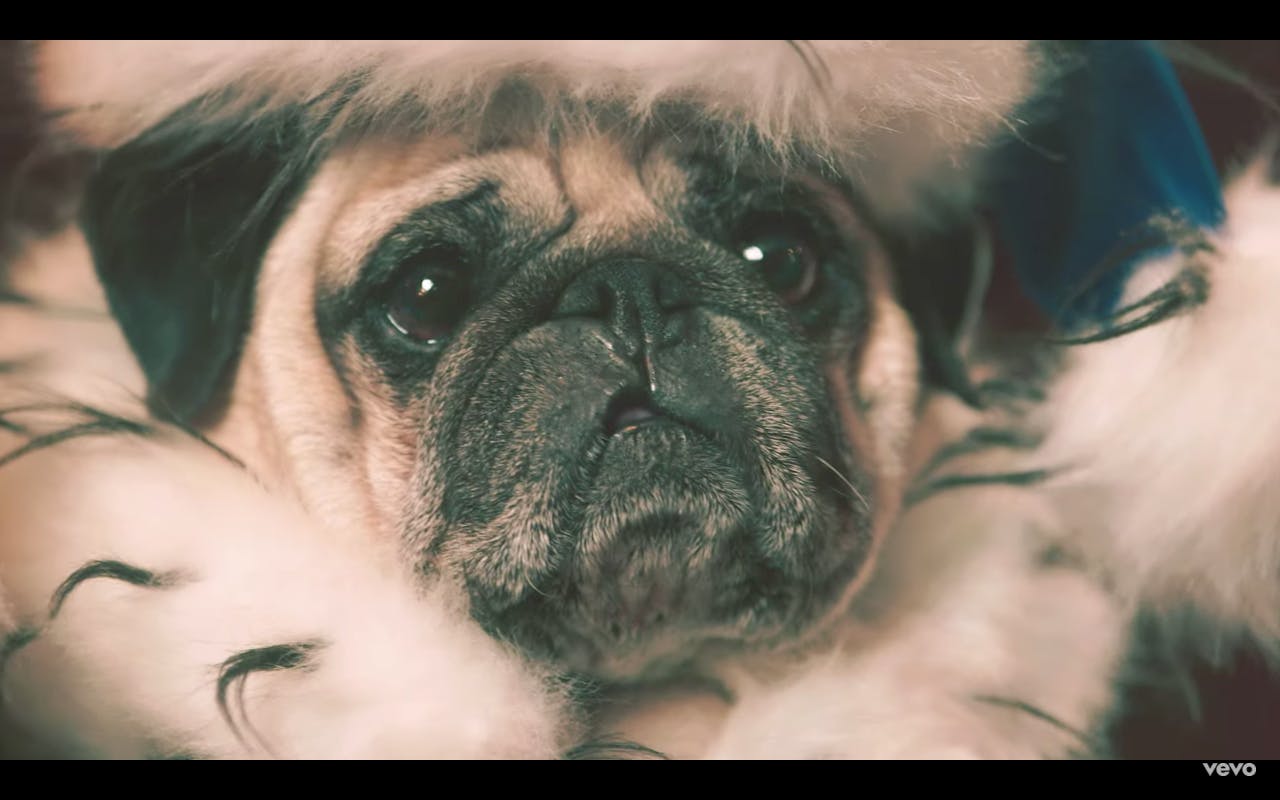 And here, I’m the one on the end of the right with the ridiculous amount of neck flab sticking out of its hoodie. 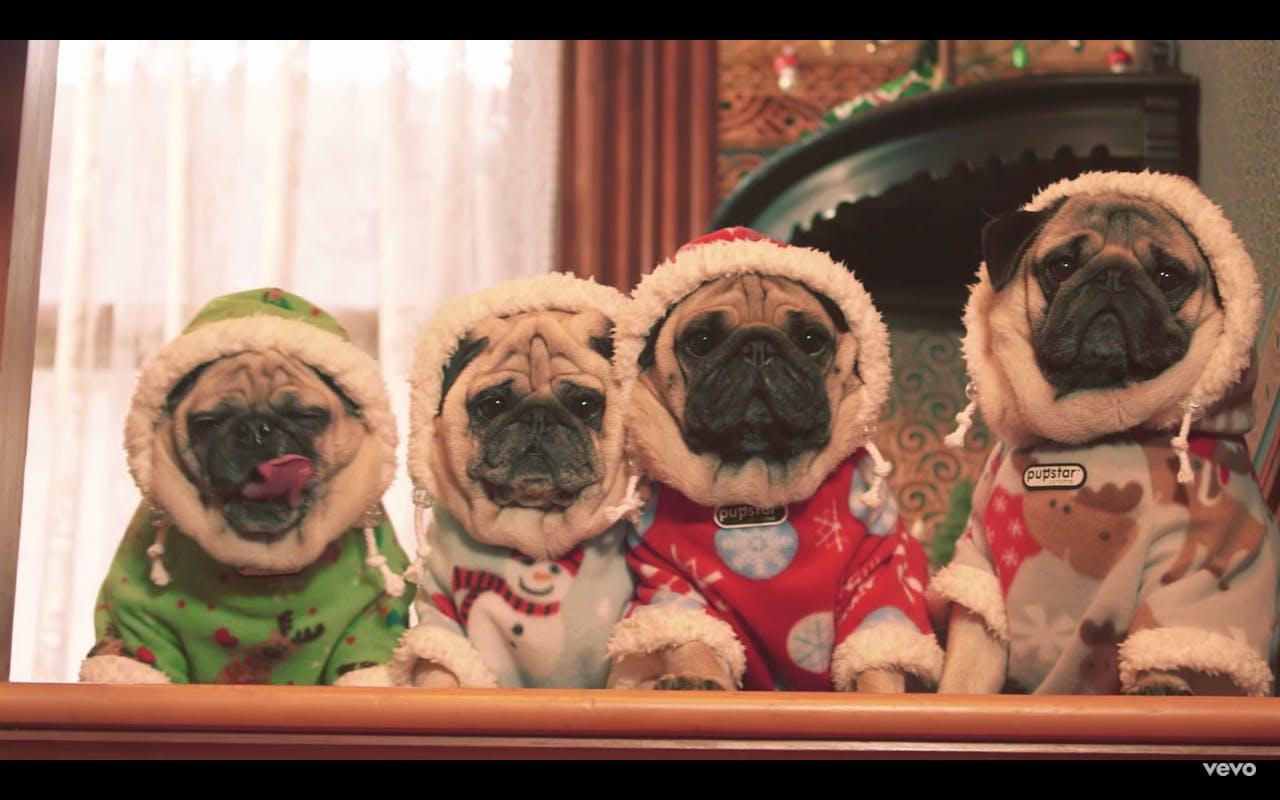 Watch the video below to determine which “Winter Wonderland” pug you are: