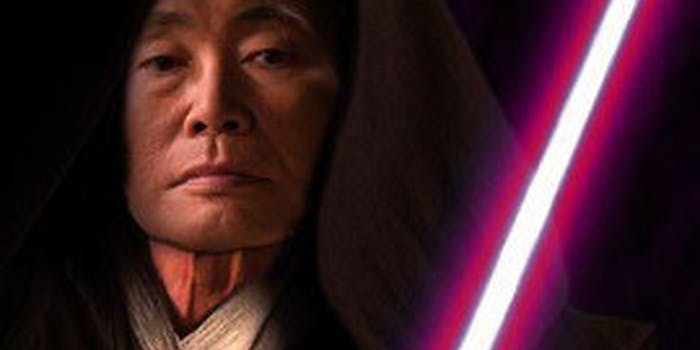 It's been a long time since they were on the bridge together, but Captain Kirk and Mr. Sulu remain curiously in sync.

It’s been a long time since they were on the bridge together, but Captain Kirk and Mr. Sulu remain curiously in sync.

Sure, William Shatner and George Takei may be rumored to have been on testy terms since their Star Trek days, but their simultaneous April Fools’ jokes don’t lie. These guys are in lock-step when it comes to knowing their sci-fi-loving geek fanbase, and earlier they trolled their audiences right where it hurts—by pretending to be part of the new Star Wars franchise.

“I am happy to announce that I will be seen again on the big screen in 2015!” Shatner declared on his Facebook, posting what looked at first like a legitimate screenshot of an AP article announcing his comeback. 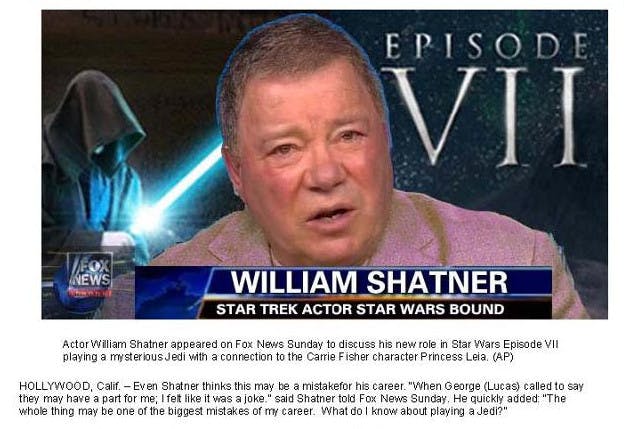 That is, until you looked closer and realized that the “interview” had been given to Fox News, and supposedly had Shatner calling his new role, as a Jedi with a “mysterious connection” to Princess Leia, a terrible mistake.

Meanwhile, on his own Facebook, George Takei (who currently bests Shatner’s Facebook following by a scant 3.6 million) took a deadpan approach to announcing his own appearance in the new Star Wars movie:

Friends, I am thrilled to announce that I’ll be starring in the Star Wars reboot directed by JJ Abrams. I’ll be playing Master Ceti Maru, a member of the Jedi High Council. The new film, entitled “Star Wars: Galactic Empire,” is greenlit and will begin filming sometime early next year. It is truly a moment for The Star Alliance. Thanks to all my fans for their decades of support.

The straight-faced tone apparently fooled thousands of people. “This is the MEANEST April Fools joke EVER,” commented a distraught Facebooker, Mico Lucide. So far, over 8,000 people have agreed with them.

But hey, at least Takei makes an awesome Jedi Master. 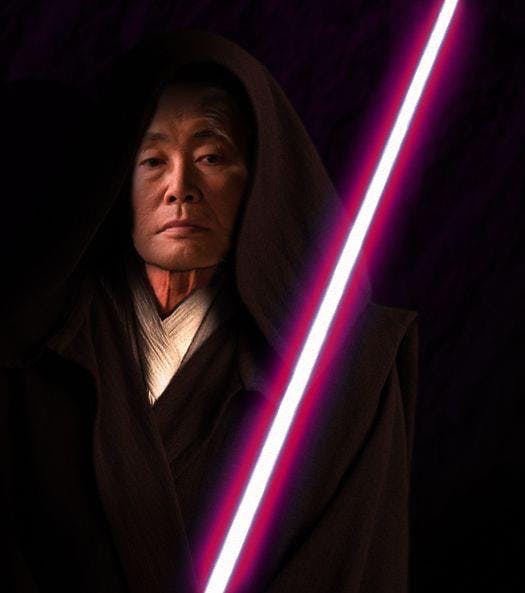 Unofficially dubbed Episode VII, the new Disney-fied Star Wars movie hasn’t dropped any casting bombshells, although George Lucas and Carrie Fisher have strongly hinted that the original dream team of Han, Luke, and Leia will be back. Most people are still getting plenty of joke mileage out of the fact that J.J. Abrams, the director of the new Star Trek franchise, will also be helming the new Star Wars franchise, in what is undoubtedly the first major one-man sci-fi coup of the 21st century.

Their April Fools’ Day bluffs may be wry nods to the fact that neither Shatner nor Takei have appeared so far in the revamped Star Trek franchise.

But if the enthusiastic fan reaction to today’s pranks may be any indication, who knows?