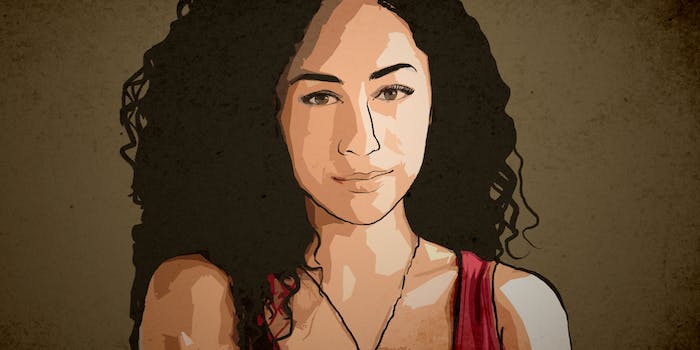 Shannon Boodram never intended to become a go-to source for millennial sex education, but after her book Laid: Young People’s Experiences With Sex in an Easy Access Culture took her on a national tour, empowering healthy and informed sexual relationships became her mission.

In an interview with XO Necole, Boodram explains that she had a natural sexual development from a young age. The rule in her house growing up was that the Barbies couldn’t be naked because somehow Boodram’s mother would return to find them in compromising positions. In past years, Boodram has been open about arriving at college with a history of five sexual partners and no orgasm in sight. This curiosity about sex—especially ways to make women feel good during sex—started the conversations that would eventually become chapters in her book, ranging from experiences with STIs, abstinence, pleasure, and unplanned pregnancy.

After graduating from the University of Toronto, Boodram began expanding her career as a certified sexologist to journalist and television host. She appeared with Keke Palmer, MTV, CBS, Amber Rose, and TLC to spread her work. But after MTV developed and later dropped two shows starring Boodram, she turned to YouTube to continue making content without the politics of a network.

I'm actually HERE on the red carpet!! This dream is all possible because of my partnership with @mtv and #trojancondoms. My newest episode about the after party is up! Checkout the video by clicking the link in my bio or see the whole series at guide to.mtv.com. Latex dress, condom belt. Yup. Trojan belt piece by @ariellesilvanyc

If there is anything to be said about Boodram, it’s that the girl can hustle. Whether you’ve been a longtime fan of her channel or found her work after she arrived at the MTV Music Awards in a condom dress, her content is gaining notice. Her videos address subjects like personal stories about unhealthy relationships; sex-education tutorials; commentaries on how race, body image, and sex interact; and collaborations with fellow creators.

“The most rewarding thing by far is by counseling service where I work almost exclusively with people who follow my channel,” Boodram tells the Daily Dot. “Getting to connect with people on such a personal topic and having the feeling that if I didn’t offer this service they probably wouldn’t have sought help elsewhere is such a freaking blessing. It reminds me that what I do is important to some even if it isn’t popular with all.”

While her subject matter in itself is important, it’s also Boodram as a person—a black woman talking openly about sex—that is setting an example for young girls. In her recent video “Dumping My Ex Saved My Life,” Boodram explains that as a woman of color she’s society’s second choice. While this was something she battled growing up, Boodram empowers women to use this to their advantage and show up, suit of armor on, to the opportunities they’ve made for themselves.

As a violence prevention advocate myself, I’m in love with everything she makes—especially her knack for collaboration. Unlike many other educators on YouTube, Boodram is recruiting diverse creators—Shameless Maya, Timothy DeLaGhetto, the Sorry Girls—to engage in fun, crucial, sexy conversations with their audiences.

And while being such a public figure has allowed Boodram to spread her message of sex positivity far and wide, it’s also made her a target for criticism.

“I am a bit of a clap-back queen,” Boodram says. “If someone has something to say: Great news, I have a rebuttal. I see it not only as a way to keep some sanity in the very critical space that is YouTube but a teachable moment for all involved. I stay motivated because I remind myself for every one ridiculous comment there’s 20 very encouraging ones.”

What Boodram is doing is evolving the way young people approach relationships. The truth is very few schools set their students up to be informed and safe when it comes to sex. For many states, it’s abstinence-only education or nothing, which isn’t lessening the rate of teen sexual behavior but instead raising rates of STIs and unplanned pregnancies. It’s women like Boodram, unafraid to have the conversations that matter, keeping people safe and reminding us all to be our own first choice.