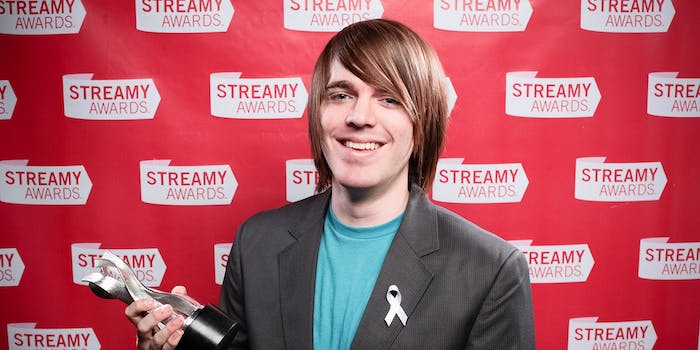 YouTube star turns his old job into a sitcom, sells it to NBC

Losin' It is based on Dawson's own experience at Jenny Craig.

Shane Dawson will soon become the latest star to make the transition from YouTube to the small screen.

He just sold a half-hour comedy series called Losin’ It to NBC, which has now been put into development, Deadline reported. Based on his own life experiences, the show will feature a weight loss center client who becomes a consultant and is promoted to manager on his first day.

Dawson worked at Jenny Craig back when he first started making YouTube videos, and not long afterward, he made a pole-dancing video while on the clock. That video directly resulted in him, his mother, brother, and six co-workers losing their jobs.

That allowed Dawson to make videos full-time, and it couldn’t have gone better. In five, years he has accumulated over 10.5 million subscribers across three YouTube channels (5.2 million on his main channel alone).

Once the news about Losin’ It broke, Dawson, who co-wrote the original story and will serve as an executive producer on the show, made a video to talk more about the announcement.

Dawson teared up as he explained that while he sold the show to NBC, there’s still a long way to go before Losin’ It ever appears on a TV screen.

“All that matters is I sold the show to NBC, so now, even if it doesn’t happen, I can still say, ‘I’m not just that guy that puts on wigs on the Internet,” Dawson said. “I’ve actually sold a show to television. And that’s all because of you guys.”

Dawson joins the ranks of other YouTubers who have made the transition to television, the most successful being Dane Boedigheimer, the creator of Annoying Orange.

But with subscribers and colleagues congratulating him, he’s been floored by all the support.

Overwhelmed by all your amazing tweets today. i feel so lucky to be connected to each and everyone of you. thank you. <3