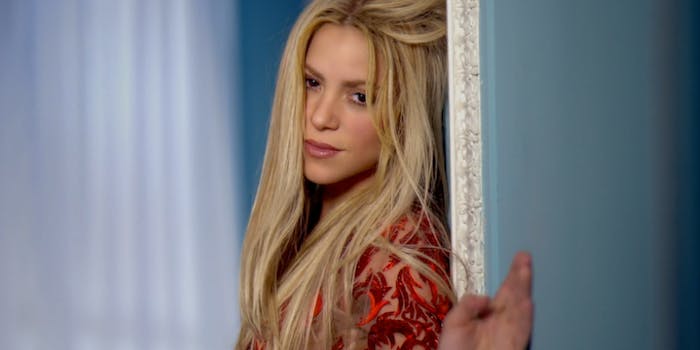 The musicless Shakira video is painful to watch

Shakira’s hips don’t lie, but her music certainly can.

Shakira’s hips don’t lie, but her music certainly can.

The Latin artist smoked and cozied up with Rihanna in her latest music video for “Can’t Remember to Forget You,” and things get steamy pretty quickly. There are plenty of the dance moves they’ve both become famous for, and soon enough they’re both in bed together.

Even with the criticism pouring in, the one thing that makes it all work is the music itself. But how does it hold up once you take that away?

CollegeHumor did something similar with Miley Cyrus’s “We Can’t Stop,” and the end result is just as awkward and disconcerting. You’re left with all the squeaks, creaks, and even the creeps that come with an older house, and no matter how much they try, Shakira and Rihanna’s dancing against a door just doesn’t have the same effect.

And suddenly it doesn’t look that much fun anymore.