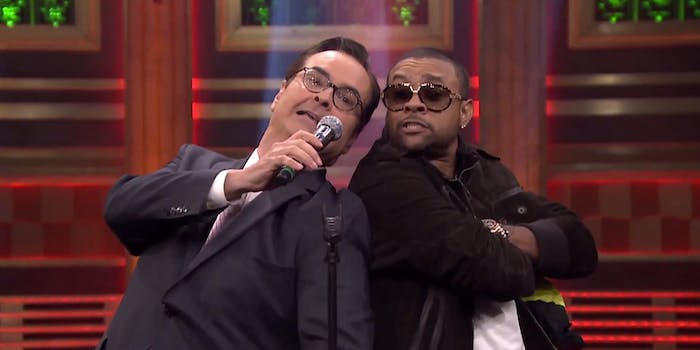 Imitations are hardly ever better than the original, but Jimmy Fallon’s sidekick Steve Higgins tries his damnedest anyway.

So when we learn that Higgins can do a pretty decent Shaggy impersonation, who better than Shaggy himself to dispute his take on the rapper’s iconic voice? The two are squared off in The Tonight Show’s first-ever “Shaggy Off.” It’s basically a rapid-fire rap battle in Shaggy’s voice. It’s almost too much, but their enthusiasm evens out.

There’s no clear winner in this contest, but can we get a duet cover of “It Wasn’t Me” as a consolation prize?