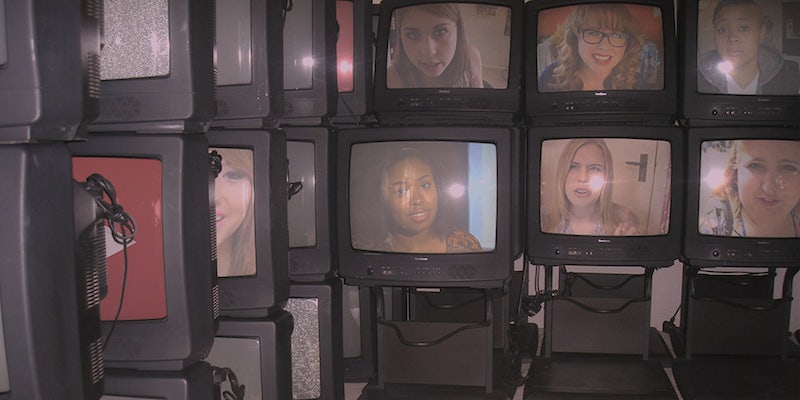 Where is the disconnect between female fans and female creators, and what is the community doing to make YouTube more accessible than the old boys' club of film and TV?

“Get off your period and shave your armpits. And cook me dinner dammit”

This is just a sampling of the comments female content creators on YouTube endure, from the fairly innocuous seeming to ill-informed to  the obviously threatening. So at VidCon’s Sexism on YouTube panel late last month, when moderator Rosianna Halse Rojas asked all the participants to introduce themselves and say whether they thought sexism on YouTube was a problem, everyone there knew it was a rhetorical question.

With even a cursory glance at the YouTube landscape, it’s easy to see there’s an imbalance of male creators to female creators and that negative comments and threats are more often focused at female voices on the platform. But glancing around the Anaheim Convention Center last month, young women appeared to outnumber the men, crowding signing lines and photobooths, panels and Q&As. So where is the disconnect between female fans and female creators, and what is the community doing to make YouTube more accessible than the old boys’ club of film and TV?

The conference itself made steps to address the specific difficulties of various underrepresented groups on the platform by emphasizing the VidCon Code of Conduct and including it on each badge, as well as including programming focused on women, the LGBTQ community, and ethnic minority groups. Last year, seeking a space to talk about challenges they faced in the community, women gathered outside the convention center for an impromptu session. This year, their voices were spread across three different panels of varying size, addressing longstanding issues and hot-button topics that arose in the past year.

In March, abuses of power by men in the YouTube space over their younger, female fans came to light after several women spoke out on Tumblr and other platforms about their experiences, causing community-wide outrage and task forces like YouCoalition, which was formed to “combat sexual abuse, emotional manipulation and other forms of violence in the YouTube community,” according to the website. Saturday’s Women on YouTube panel broached this still-raw topic, emphasizing the opinion that, while the start of the conversation about abuse had a lot of flaws, the important thing is that the community doesn’t treat the situation like it’s finished, and still gives the issue the attention that it deserves.

Rojas, who was one of the women who spoke out against inappropriate behavior, chimed in, “We’ve shown a lot of people that they won’t get away with it.”

“We are not a community that welcomes abusers,” emphasized Lex Croucher. “The most important thing is to encourage people affected by this to come forward and [to be] supportive of those who do come forward.”

“This [abuse] is not a YouTube-specific issue,” explained Hayley G. Hoover. “This happens everywhere.”

The question of how to handle such accusations hit close to home at VidCon, which is organized by Hank Green, founder of DFTBA Records, the label for many of the accused men. DFTBA removed the music of three artists from its site in the wake of the allegations. Another man, Luke Conrad, who’d been called out by women for his behavior, had remained listed as a Special Guest of the convention for some time, but was eventually removed from the convention’s website. Moderator Laci Green asked the panel if they thought YouTubers should be barring people from conventions after such accusations or including and opening up channels of conversation the offenders. Hoover was adamant that VidCon organizers and the community at large were doing the right thing by cutting ties.

“I think this is the time to cast people out and explain why. Explain over and over again why they’re not at VidCon,” she said.

Croucher added: “I don’t think it’s the job of a community to rehabilitate the person they’ve been abused by.”

Young women are the more visible component of the fan segment of VidCon, but not of the special guests. This year VidCon only featured 34 female special guests out of a total of 103. Panels that were not explicitly focused on diversity-based topics (women, LBGTQ, ethnic minorities) often had little to no female representation, with the Industry track faring worse than the Community side.

Many of the women who did attend and speak at VidCon fell into the category of beauty vloggers, a predominantly female subspace of YouTube. While they face many of the same issues as other women in the space, there’s an understood divide between the beauty vlogger set and the site’s comedians and commentators. When an audience member pointed out that Saturday’s Women on YouTube panel featured no beauty vloggers, the women on the panel acknowledged that that divide exists and admitted that they were in error not including voices from that side of the community.

“I think even though the beauty vloggers have more views, they have less respect,” said Croucher.

“It’s also a monetary divide. It’s much easier to get sponsorship as a beauty blogger,” continued Akilah Hughes, elaborating on and hearkening back to a point she made earlier in the panel.

“People who look a certain way will always do better,” she explained. “But why get competitive with that? It’s more important not to tear down other women. I just put my head down and write something funny.”

Hughes also emphasized that the stigma around beauty vlogging traps women entering the space who have been tricked by society into believing they can only do certain kinds of content.

“People don’t expect you to be well-rounded,” she said. “I find it’s difficult to make videos when so many people are screaming at you that you’re doing the wrong thing.”

Beauty vloggers had their own panel on Friday morning, dealing with the hate the beauty and fashion vloggers get online. YouTubers like sisters Blair and Elle Fowler, Jen Chae, and Louise Pentland spoke to a much smaller crowd but focused more on girl-on-girl hate. Kalel Cullen, of Frilly and Fancy, explained that much of the hate comes internally from other women on beauty channels, not from men.

“On the surface we may seem superficial,” Cullen said. “Sorry, not sorry. I hate the world superficial. Just because I want to spend 30 [dollars] on gold eyeliner, you don’t have to! I think it’s so quick for girls to jump on other girls.”

The beauty bloggers did address sexually suggestive or hateful comments from men, such as Pentland relating a story of how early in her career one man emailed her asking to film herself slowly putting on pantyhose. She paused for laughs before deadpanning, “I did not do it.”

The tone around that sort of sexually based male harassment was less jovial on Saturday’s panel.

“You start to associate the in-person harassment with the online,” said Rojas. “‘Is this the type of person who says they’ll rape me on YouTube?’”

Hoover said one of the most difficult things in a male-dominated space is getting male creators to understand how different negative comments are on female-led channels.

“I think it’s really hard when talking to male content creators to get across what’s different between troll comments and really pointed, sexual based comments,” according to Hoover.

Emily Graslie, who runs The Brain Scoop, an education channel, explained her own struggles as a woman in the science space and how that affects her presentation on YouTube.

“I feel like I can’t take about my image on channel without compromising the value of my educational message,” she explained, going on to detail how people ask her every day about her hairstyle or clothing featured on YouTube instead of the content of her videos. “I have made a conscious decision to never answer those publicly. I’m so afraid that once I start letting in that side of my personality that people will no longer care about the educational message. I think that insecurity is totally a product of the society I grew up in.”

Despite positive sentiment from women on both panels, in each room audience questions turned quickly to novice creators who’d fled their channels after negative comments received on their initial posts.

“I was lucky enough to mature on YouTube and grow thick skin,” said Hughes. “It’s worrisome that there’s girls who are young and still finding out who they are and who are being told these awful things.”

“There’s an angry community that lives on the Internet,” answered Green. “Only on the Internet. I’ve never met them in real life. The more [feminist] videos there are, the better and safer our community will be.”

The women also spoke of empowering their own community of commenters to help educate new people who enter their space and start leaving vicious feedback.

“I love telling my audience how to deal with the new people who come in to watch,” explained Hartbeat, a lesbian YouTuber who said she often gets comments by people demanding to know what’s in her pants before they’ll decide if they like her videos or not. “My audience will always have me backed up. They’ll be like, ‘Listen, she’s a woman. She likes watermelon.’ That’s how I’ve been taking care of it, over the years. My people are the compliment gang.”

Fellow panelist Croucher chimed in, “You don’t owe anyone the comments section.”

Is disabling comments or just simply ignoring the vitriol enough to increase participation?  Women aren’t fleeing YouTube completely, and in fact they’re the driving force behind making stars out of many of YouTube’s brightest and predominantly male ranks: It was teenage and young adult women, not their male counterparts, who overwhelmingly lined up to meet the men and boys they’re turning into the types of stars that Hollywood and brands take seriously.

Unfortunately, VidCon as a whole offered little room for real advice and mentorship for creators of any gender to actually create. Serving the two masters of Industry interest and Community fervor for selfies and autographs from their favorite creators, the convention has little room left for creating meaningful points of entry for aspiring creators. Without a space to encourage them, hopefully the words of current female stars are enough to get more women inspired to lend their voices to the community. Hoover’s advice might serve them best:

“If you would not tell your male friend not to say something, then you should say it too,” she said. “Oftentimes girls feel like there’s only one or maybe two ways to be a girl. And that you have certain qualities you have to follow. If you want to be a female YouTuber you have to emulate other female YouTubers. Not that that’s necessarily a problem because boys do that all the time. Just think about how in movies and in TV how many few characters there are and how similar they are. You individually are not someone crafted by a horde of male writers at The WB. That’s so valuable.”

Photo via Elsie esq./Flickr (CC BY 2.0) | Remix by Max Fleishman