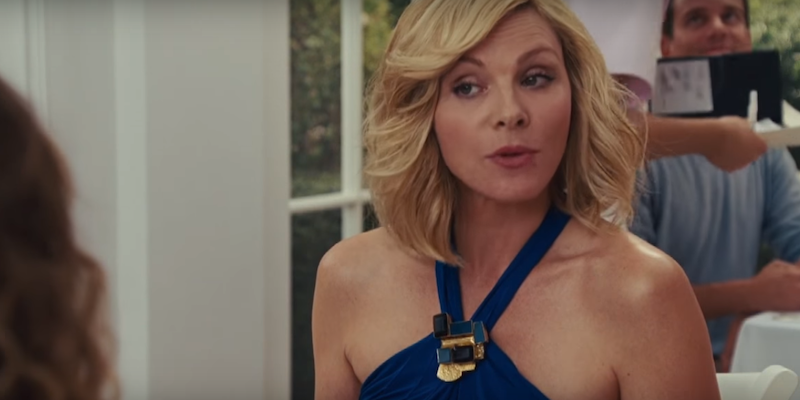 She spilled the tea.

Since 2010, Sex and the City fans have been wondering if the ladies would ever get back together for one last hurrah, but it looks like the answer is—definitively—”No.”

In an interview with Extra this week, Sarah Jessica Parker confirmed  that a third movie had been greenlit at one point, but it ultimately got canned. “It’s over. We’re not doing it,” she said Thursday. “I’m disappointed. We had this beautiful, funny, heartbreaking, joyful, very relatable script and story. It’s not just disappointing that we don’t get to tell the story and have that experience, but more so for that audience that has been so vocal in wanting another movie.”

The clamoring hadn’t been that loud prior to the interview, but now that fans knew a third film might have happened, they couldn’t help but wonder: What’s the holdup? Enter Kim Cattrall, a.k.a. Samantha, with the tea.

The actor tweeted early Friday morning, revealing the real reason the project is shelved: She simply doesn’t want to do another SATC movie.

Sometimes the hardest thing and the right thing are the same pic.twitter.com/bKf2Py1eBF

So there you have it, folks: SJP really want to make a third movie and Cattrall doesn’t. Showbiz!