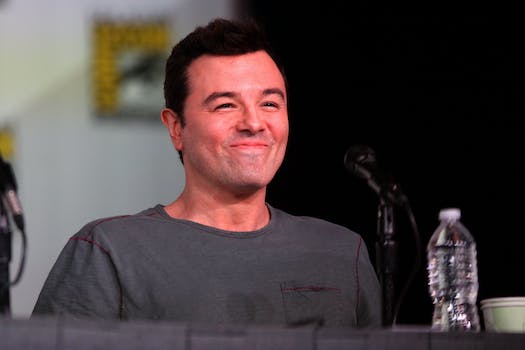 But this isn't the first time MacFarlane sang Sinatra somewhere other than in his shower.

A famous guy walks in to a bar and sings a Frank Sinatra standard.

Writer/actor/comedian, love him or hate him Seth MacFarlane showed up at a piano bar in Milwaukee, took to the stage and belted out “Luck Be a Lady.” Needless to say, the performance included quite a bit of improv.

Lucille’s Piano Bar & Grill was the scene on Nov. 1, and a video showed up on the establishment’s Facebook page two days later. TMZ reports that McFarlane was with a group of friends at Milwaukee’s best-known dueling piano bar for several hours and spent a thousand dollars on food and drink. Appearing on stage with the creator of Family Guy, the film Ted (with sequel in the works), and other projects was Jessica Szohr, star of Gossip Girl.

Those lucky enough to see the impromptu act in person took to Twitter to share their delight. In fact, one person tweeted out an alert when MacFarlane was mid-song.

Thanks to @SethMacFarlane for stopping into Lucille’s in Milwaukee and making my night. What an amazing talent to play along side of…

As TMZ pointed out, this is not the first time MacFarlane sang Sinatra somewhere other than in his shower. In 2006 in Family Guy guise, Stewie and Brian sang “When We Swing” with a full (animated) orchestra.

There is no mention of the appearance of a talking teddy bear on stage with the comedian. Next time, if he shows up with Ted, let us all know in advance. That would be something.