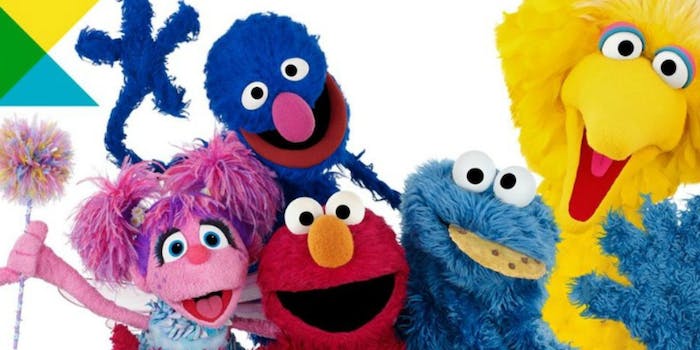 Future seasons of ‘Sesame Street’ will premiere on HBO, not PBS

Who's looking forward to Sesame Street After Dark?

Sesame Street, the children’s show that has been a mainstay of PBS’ educational programming for decades, will premiere its next five seasons on HBO and the premium cable service’s digital platforms instead of the public-broadcasting network that it has called home for four decades.

The Sesame Workshop, which produces the show, announced Thursday that the next five seasons would debut on HBO, HBO GO, HBO On Demand, and HBO NOW. PBS will get episodes of each season after it has aired exclusively on HBO for nine months.

Sesame Street‘s HBO seasons will be almost twice as long as its PBS seasons—35 episodes each, up from 18. The Sesame Workshop will also produce a Muppet spinoff series for HBO and a new original child’s educational series.

As a result of the HBO deal, Sesame Street will no longer stream on Amazon Instant Video or Netflix.

“Our new partnership with HBO represents a true winning public-private partnership model,” Jeffrey D. Dunn, Sesame Workshop’s CEO, said in a statement. “It provides Sesame Workshop with the critical funding it needs to be able to continue production of Sesame Street and secure its nonprofit mission of helping kids grow smarter, stronger and kinder; it gives HBO exclusive pay cable and SVOD access to the nation’s most important and historic educational programming; and it allows Sesame Street to continue to air on PBS and reach all children, as it has for the past 45 years.”

New Sesame Street episodes in English and Spanish will begin airing on HBO in late fall. While those episodes won’t air on PBS until nine months later, the network will continue airing the show this fall using older episodes.

“We are absolutely thrilled to help secure the future of Sesame Street and Sesame Workshop’s mission for the nation’s kids and families,” Richard Plepler, chairman and CEO of HBO, and Michael Lombardo, president of HBO Programming, said in a statement. “Home Box Office is committed to bringing the most groundbreaking and creative shows to its audience. Sesame Street is the most important preschool education program in the history of television. We are delighted to be a home for this extraordinary show, helping Sesame Street expand and build its franchise.”

The move to HBO is a way for the Sesame Workshop to grow its operation amid shrinking public-broadcasting money. The New York Times reported that PBS dollars funded less than 10 percent of Sesame Street’s programming; in order to make up the difference, the Sesame Workshop had to rely on its licensing revenue. But because so many people are now watching Sesame Street on streaming or on-demand services—the Times reported that two-thirds of children who tune in to Sesame Street don’t actually watch it on PBS—that licensing revenue, from sources like DVD sales, has significantly declined.

Declining revenues and shrinking public-broadcasting budgets had forced the Sesame Workshop to cut the number of episodes it produced per season.

Asked for her comment on the deal, this reporter’s 5-year-old daughter said that she didn’t think anything about Sesame Street would change, though she admitted that she had never heard of HBO.