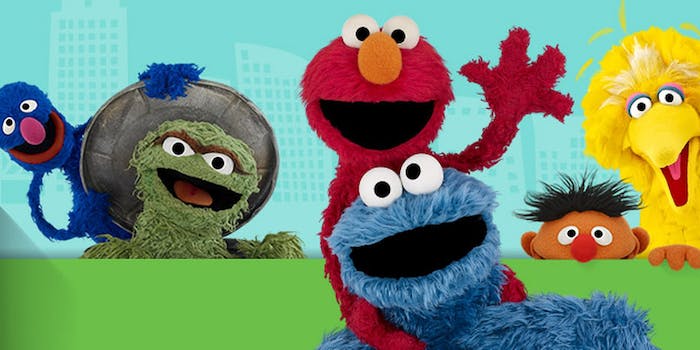 Sesame Street made headlines in August after announcing a historic partnership between Sesame Workshop and HBO, which would broadcast future seasons of the show.

While some people were excited about Sesame Street being properly funded, others criticized the move, because it would mean that low-income families (for whom Sesame Street was created) would now be paywalled and would have to wait nine months for new episodes to air on PBS.

But an upcoming tweak to the official Sesame Street app might level the playing field.

The Sesame Street Go app offers educational content, clips, games, and music videos for kids to watch and play. It’s free to download, but people have to pay either $3.99 a month or $29.99 a year for access to the content. It wasn’t a necessity, but it was a great addition for parents who wanted to give their children a hands-on tool to help them learn.

Thanks to the partnership, the app will no longer be paywalled.

Current Sesame Street Go subscribers recently received an email from the app informing them that as of Dec. 15, 2015, access to Sesame Street Go will now be free—and those who are in the middle of their subscriptions will receive a refund by Jan. 21, 2016.

Our partnership with HBO provides us with the funding needed to continue production of Sesame Street as well as produce additional original content for kids, including more new episodes each season, a new Sesame Street spinoff series, and an all-new educational series.

This partnership means that Sesame Street Go will be FREE beginning December 15, 2015, with a lot of fun, educational content including Elmo’s World, Cookie’s Crumby Pictures, Super Grover 2.0, music videos, short clips, games, and more! The existing subscription service will no longer be available as of December 15, 2015.

We’ve reached out to HBO for clarification and will update when we hear back.

Nearly two-thirds of Americans now own a smartphone, according to the Pew Research Center, and more children are streaming TV and getting their content online or on smartphones.

Although making the app free can’t completely replace the episodes that children and families will have to wait nine months to see, at least the app—and all of its educational resources—will be available to more people than ever before.