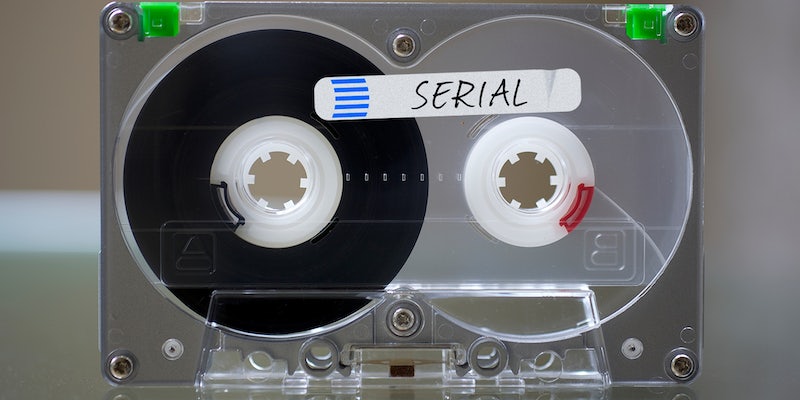 New evidence suggests Jay from ‘Serial’ was coached by police

'Undisclosed' has a new take on the evidence and it's a must-listen.

Hold on to your hats, Serial fans. A fresh analysis of police interviews with Jay Wilds, key witness in the Serial podcast’s case, was released in the most recent episode of the Undisclosed podcast. It could hold the key to one of the case’s biggest mysteries.

A recurring, unanswered question in Serial was why did Wilds constantly change his story? According to the new podcast, evidence suggests he was being coached by the Baltimore police who interviewed him. And if you listen closely, you can actually hear it.

When questioned by the police, Wilds frequently pauses or fumbles for an answer. But then, a series of taps occur and suddenly, as if by magic, Wilds knows what to say again.

This occurs repeatedly in the recordings, according to lawyer Susan Simpson, whose fascination with Serial led her to expertly break down timelines and cell phone records on her blog.

Simpson is just as meticulous and precise in her most recent analysis. She breaks down each audio clip with razor-sharp clarity. And any skepticism you may have about the significance of “taps” will vanish completely once you give the podcast a listen.

Serial left many fans hanging last year with its less-than-conclusive finale. While some threw in the towel and called the case a dead end, many die-hard fans continued to comb court documents and recorded interviews for clues as to what really happened to Hae Min Lee, the young high schooler whose former boyfriend, Adnan Syed, was convicted of her murder despite a total lack of DNA evidence, and has since been imprisoned for 15 years and counting.

Following Serial’s disappointing conclusion, Rabia Chaudry, Syed’s long-time friend and advocate, teamed up with Simpson and Colin Miller to create Undisclosed. Chaudry promised to reveal new findings that would illuminate the many murky areas of Syed’s case. If the latest episode’s revelation are any indicator, Serial fans may finally get the satisfying ending they were hoping for.

Photo via Scott Schiller/Flickr (CC BY 2.0) | Remix by Jason Reed