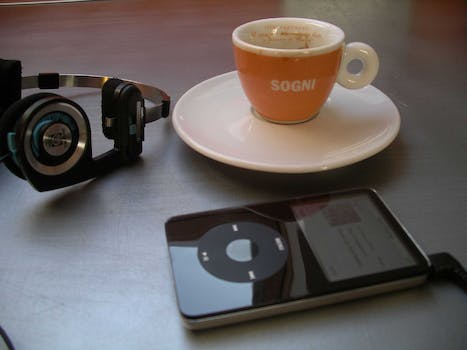 Serial is over, so here’s what you should listen to now

You probably didn’t see it coming.

Maybe you weren’t into podcasts before, or you’d just dabbled in This American Life and Radiolab episodes. But all of a sudden, after just a few weeks, you found yourself completely hooked on Serial, the new longform project from TAL’s Sarah Koenig.

In just 12 episodes, Koenig and crew completely captivated their audience as they explored the facts and potential fictions of a 15-year-old murder trial that may (or may not) have put the wrong man behind bars. Adnan Syed became a household name, Thursdays became the most exciting day of the week, and dozens of parodies, remixes, and conspiracy theories were born. In short, it’s an experiment that may very well have changed the face of podcasting forever.

But then, just as quickly as it began, the first series ended, leaving fans with big questions and an even bigger gap in their Thursday routines.

Twitter user Thomas Haydon posted this hand-illustrated flowchart for getting from point A to point B in the path to filling the “Serial-sized hole in your heart,” and we’re totally on board with his recommendations.

But if you’re looking for a more thorough explainer of what else is out there in the wide world of podcasts, look no further. Here’s what to watch and listen to next, as curated by four of our in-house Serial obsessives.    —Monica Riese

So maybe it’s not a podcast, but we’re big fans of genre-bending here at the Daily Dot, so give this one a whirl. Our own Aja Romano wholeheartedly recommends The Staircase, “a jawdropping eight-episode (six-hour) documentary series that will completely change the way you think about criminal defense.” Select chapters are available on YouTube, but some of the later are a bit harder to find. We’ll start you off here:

As for recommended dosage, Romano says, “The first ep starts out slow; the second ep blows you away, and then it just keeps going. After you’re done, read up on the case developments since the documentary, especially for the [spoiler] Theory.” —Monica Riese

Before there was Serial, there was This American Life. The long-running radio program has been available in podcast form for some time and even has a nifty app that will give you access to the full This American Life catalog. If you spring for the iPad app, it includes extras like “how to make radio comic” and a dashboard where you can track your personal favorites. If you’re just getting started, here are some of our favorite episodes.

This entire episode is devoted to the story of two daughters who were switched at birth. The catch? One mom knew; the other didn’t. The hour is an engrossing investigation of how learning the truth at age 50 changed the lives and relationships of the women and their families.

The entire staff, including Serial’s Sarah Koenig, takes the itemized test that psychologists use to determine whether an individual is truly a psychopath. Alix Spiegel interviews Bob Hare, the man who created the test about his concerns on how the test is used today; writer Jon Ronson visits a CEO who he believes is a psychopath but, as it turns out, may just be a very confident man; and for the final act, we find out exactly which members of the staff are psychopaths.

“It’s Not the Product, It’s the Person”

A terrific episode about what makes things (including podcasts) sell. We meet cute-as-punch Super Business Girl Asia Newsom, who at age 11 is already an entrepreneurial business expert. We also get to hear This American Life’s own Alex Blumberg flub his way through a pitch meeting. The pitch? More podcasts! And we take a dizzying ride through the strange world of people who are so desperate to live an interesting life that they’re willing to leave it all behind—for Mars.    —Nayomi Reghay

I don’t think there’s a podcast out there that can match the narrative tension Serial so masterfully created. That said, if you like the idea of longform podcasting—following one story from episode to episode—you should listen to StartUp. It’s another series in which the listener is meant to start at the beginning as you follow Alex Blumberg (formerly of This American Life and Planet Money) as he launches his own business in what he knows best: podcasting. (See above paragraph for the roots of this idea.)

The premise might sound as if it were made for a small, insular community, but it covers much larger territory. At its core, it’s a podcast about what it’s truly like to start a business from scratch: how much risk is involved, how much has to be sacrificed, and how heavily it weighs on family life. Blumberg is completely honest about his lack of business experience—to the point where it almost hurts his fundraising pitches. His new company, Gimlet Media, made a major mistake just a few weeks ago and then released an entire podcast about what happened and how the company dealt with it. That earnestness and self-deprecation, like Koenig’s, is endearing to listeners and creates a trust that would otherwise be difficult in a story that could easily seem like one long ad for his business.

Start from the beginning of the series and you won’t be able to stop. You’ll root for Blumberg when he tries to sell his idea. You’ll squirm when he fails. You’ll feel awkward when he meets a potential business partner. And you’ll love every minute of it.    —E.A. Weiss

Of course, you can always just listen to Serial a second time—and you might just enjoy it more than the first go-around. Like Gone Girl, Game of Thrones, or The Princess Bride, Serial is chock-full of tiny nuggets of nuance that you likely missed on first listen. Because your brain is freed from the burdens of hearing all the information anew, relistening to Serial lets you examine the facts with a confident calmness that lends itself to critical thinking. Besides, it’s not like you already know who did it.    —Andrew Couts