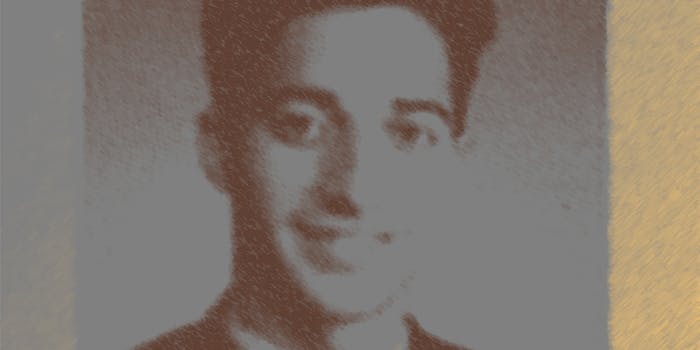 Just when you thought you could escape the madness…

Hit podcast Serial is still topping the charts nearly two weeks after its final episode left listeners with more questions than answers. If you were among those who longed for a more conclusive resolution to the maddeningly addictive podcast, you may have spent the last couple weeks weaning yourself from your Thursday obsession. But the Internet is not ready to let this story die just yet.

The Intercept, best known for its scoops about the National Security Agency thanks to Edward Snowden‘s leaked documents, has released part 1, in a multi-part interview series with Jay Wilds, Serial’s most elusive character, and the prosecution’s key eye witness.

Wilds, who testified to Adnan Syed’s guilt in the 1999 murder of 18-year-old Hae Min Lee, was notably absent from the podcast. Serial host Sarah Koenig did attempt to speak with Wilds, but he declined to be recorded and gave her little less than lip service in her quest for the truth.

According to both his testimony and his interview with The Intercept, Wilds helped Syed bury Lee’s body in a Baltimore park—though the exact details of his involvement have shifted. Wilds received a reduced sentence for allegedly helping Syed by testifying against him.

Syed is currently serving a life sentence for the first-degree murder of Lee, his ex-girlfriend.

According to The Intercept, Wilds feels he was portrayed unfairly in the podcast and wished to tell his side of the story. The story he tells includes a new timeline for the day and night of the murder, and, fittingly, just as many holes as his testimony and police interviews. Interestingly, reporter Natasha Vargas-Cooper notes that the interview “has been edited and condensed for clarity.”

While the details Wilds offers fail to clarify what really happened on the day of Lee’s murder, they do offer intriguing notions of the character of those involved in Lee’s untimely death. Wilds, a former marijuana dealer who was a friendly acquaintance of Syed’s, describes himself as a concert-goer who would attend “like anything from Wu-Tang to Warped Tour.” He was also “a bit of an outdoorsman, adventure seeker, fishing, camping, learned to ride a motorcycle. Went canoeing.” And, perhaps most curiously, he notes, “I wasn’t exactly angry, but I did resent [Woodlawn High],” the high school attended by all the major players in Serial.

Wilds says Syed’s demeanor made it “[look] like he had never lost anything before.” He said Lee “was really independent” and “seemed to be more mature … [l]ike she was a junior in college. The way she moved and went about her day. She just seemed like an older chick who happened to be in high school.” He also states that Lee was not part of the magnet program at Woodlawn, a detail that contradicts Koenig’s reporting.

Wilds explains that the inconsistencies in his testimony and what he told police was due to a deep distrust of law enforcement—something he portrays as a common sentiment shared by residents of late-90s Baltimore—and lies told to protect his friends who weren’t involved in the murder.

Rabia Chaudry, fierce advocate for Syed’s innocence, has already called out multiple inconsistencies in the interview and openly mocked Wild’s credibility on Twitter.

I think Jay's next move should be a live televised polygraph, preferably administered by Geraldo #FreeAdnan #Serial #TheMachineWillDie

Photo of Adnan Syed via serialpodcast.org