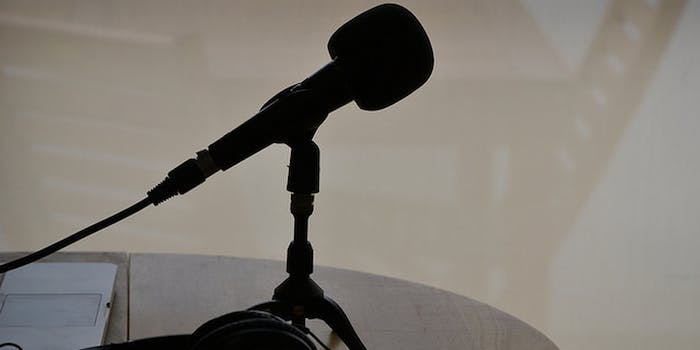 What the success of ‘Serial’ means for the future of podcasts

The future of podcasting requires us to look to the past.

Last week, the hit podcast Serial concluded its first season. The success of Serial was unprecedented, and unlike its “parent” podcast, This American Life, Serial transcended the general NPR-listening demographic and exploded into the mainstream.

Fans raved about it to friends and family on Facebook; comedians tweeted out jokes about the series on Twitter; and on Reddit, a subreddit spawned nearly 30,000 subscribers who discussed endless hypotheses about who really killed Hae Min Lee nearly 16 years ago.

Why exactly did Serial grip our collective attention? It hooked us with the power of slow.

We live in a culture prone to bingeing. With the advent of streaming entertainment services like Netflix and Amazon Prime, we have access to a previously unfathomable volume of content. Entire seasons of programs are released in one fell swoop and we, in turn, have become content junkies, tearing through episodes and seasons without pause for reflection.

However, the things we’re devouring aren’t necessarily junk. I tore through season 1 of the superbly scripted and acted Transparent in a matter of days and was painfully deflated when it was over. I had simply started and could not stop. With so much access to content, we’ve made binging part of our routine. We rely on quantity to sate us, even when quality is on the table.

Serial upended this pattern. As listeners waited for new episodes each week, they re-listened to the series. They savored the details and gained a deeper appreciation for the story at hand.

Doling out healthy portions of storytelling in each episode is This American Life’s meat and potatoes, and creators Julie Snyder and Sarah Koenig honed the craft for years before creating Serial. And while Serial may seem like a departure from the typical podcast format, in many ways Koenig and Snyder have taken us back to the basics of good storytelling: speak clearly, rest on the details, and make sure something juicy happens.

Regardless of whether Serial delivered on its initial promise, the series created a powerful experience that is rarely accessible for a contemporary audience. When my grandmother listened to the series at my urging, she enjoyed it immensely and told me it brought back memories of listening to stories on the radio when she was a child. If we want to know what the future of podcasting looks like, we may actually want to look to the past.

Serialized storytelling is not an invention of the modern podcast. While we do have to credit Serial for reviving the form in a new medium, the practice was established in the 17th century and thrived in 19th century Victorian England. It was economical to produce and affordable to purchase, much like the podcast. Eventually, serials faded away because magazines gained favor and cheap reprints of novels became available.

But the form had a lasting effect on the English novel. Authors had to hook their readers’ attention with each installment and attention to craft was heightened. Each chapter had to stand as a unique piece while fitting the whole.

Contemporary television dramas adapted this “serialized” form. American Horror Story effectively follows this model with a narrative arc that ends with each season. In season 1, the setting is a house where we discover many, many murders have taken place. As we watch the Harmon family’s trial with adultery unravel into something more sinister, we also visit unique stand-alone murders that occurred in the house.  These scenes work as an opening hook, but they also transport us to unique times and worlds, and cement new layers and texture into the evolving dramatic discord in the Harmon family.

Now in its fourth season, American Horror Story has honed a style that edges audiences between fast thrills and slow reveals. There is no forward rush to an imaginary destination because we know the end of the season will also be a farewell to its characters. The series compels us to savor what’s there while it lasts.

Similarly, True Detective hooked viewers with its anthology structure: detectives Rust (Matthew McConaughey) and Marty (Woody Harrelson) trace the crimes of one serial killer for eight episodes. Audiences were drawn to the anti-hero detectives, the macabre crimes, and the promise of a resolution. In anticipation of the final episodes, fans pondered the identity of the killer and relished theories as much as the episodes themselves.

Serial, unfortunately, could not deliver the definitive conclusions of its fictional counterparts. It did, however, draw us into a world and its details with remarkable finesse and a knack for creating moments of true intimacy.

Though a visual medium can certainly wow viewers with artfully realized scenes, audio demands we slow down and process the smaller details so we can assimilate them into the whole. Some of the most compelling moments on Serial are the silences, pauses, and in-betweens, as well as emotional moments buoyed by Nick Thorburn’s terrific soundtrack.

If future podcasts wish to cash in on the success of Serial, they’ll need to harness the power of slow. In his novel Empire Falls, Richard Russo elucidates this idea:

Things happen slow… if they happened fast, you’d be alert for all kinds of suddenness, aware that speed was trump. ‘Slow’ works on an altogether different principle, on the deceptive impression that there’s plenty of time to prepare, which conceals the fact, that no matter how slow things go, you’ll always be slower.

Life may feel like it is happening at warp speed, but the greater mysteries, the more fascinating and exciting occurrences in our world, are the result of subtle shifts and changes over time.

Given our rapidly evolving technology and our endless thirst for more content, we are not likely to slow down on our own. We want it all and we want it now. The power of Serial is that it trained us to take our time. And yes, at times all that waiting felt like agony, but it yielded high returns.

If anything, we can hope to hear a good story, and if we’re lucky the storyteller will take things slow.