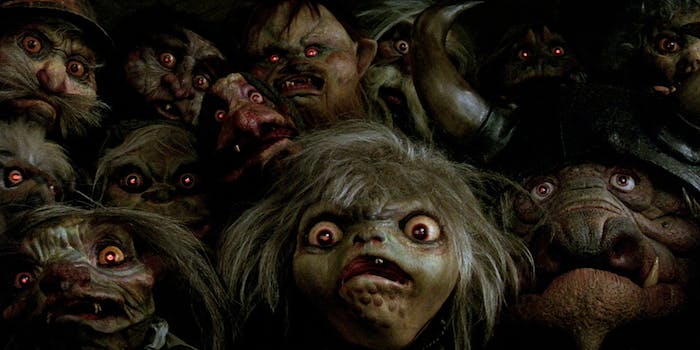 Is there really a sequel to ‘Labyrinth’ in the works?

For kids who grew up in the ‘80s and had a sexual awakening after seeing David Bowie in Labyrinth, your day has come: A sequel to the 1986 fantasy film might be in the works.

This news comes courtesy of an exclusive Variety story about Billy Crystal’s latest movie, Which Witch, a new production from the Jim Henson Co., which is also behind Alexander and the Terrible, Horrible, No Good, Very Bad Day.

At the very end of the article is a list of other titles the company is allegedly working on, including “a Fraggle Rock movie that’s been in development at New Regency; a sequel to 1982’s The Dark Crystal; a sequel to 1986’s Labyrinth; and a movie based on the Emmet Otter character.”

Sources told Entertainment Weekly that the idea for a sequel has been tossed around in meetings, but there are no plans to revive it at the moment. Still, fan reactions to this sort of announcement have been known to turn the tide. The Henson Co. had no comment.

While you wait to see if this dream ever comes true, please revisit this amazing fan-penned backstory from 2013.